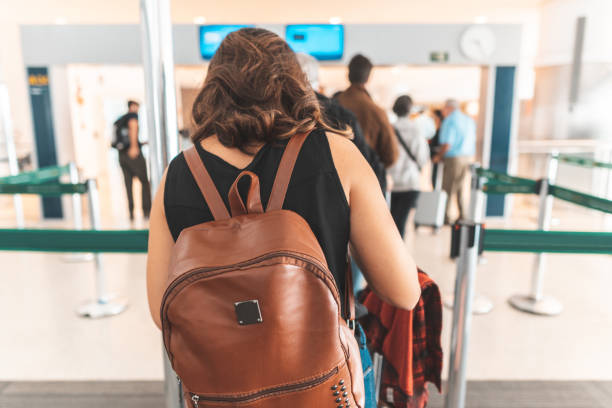 Over the years, Americans moved to Canada in their numbers, but which of the Canadian cities are US citizens migrating to, and what could be their reasons for that?

Although these cities have unique characteristics that define them, whether large or small, one thing remains certain about all of them: they are home to increasing numbers of Americans moving to Canada. Are you an American searching for Canadian cities to settle in that best suit your needs and wants when you arrive in Canada? Then read on?

It may seem as though Toronto was tailor-made for everyone, why not? When in terms of population, it is Canada’s biggest city and the fourth-largest in North America. A lot of Americans in Canada refer to Toronto as home more than any other Canadian city.

Toronto is also known as Canada’s financial hub, and its financial district is situated downtown, beside the CN Tower. Additionally, It houses most of North America’s fashion and design houses North America. Moreover, newcomers to Toronto may see having a car as an option rather than a necessity. As a result of the extensive public transport. Lastly, we must reiterate that the most expensive property prices in Canada and worldwide are located in Toronto.

The city of Vancouver is situated in the beautiful British Columbia province and is just 50 kilometres north of the US border. Additionally, it is Canada’s third-biggest city and second to Toronto regarding US-born inhabitants because Vancouver is a force to reckon with for many young and passionate Americans migrating to Canada with a sense of adventure. If not for anything but the mixture of a thriving film and visual effects industry with great mountain and ocean scenery and a seemingly limitless range of outdoor pursuits has made it one of the best Canadian cities to reside and work in, at least you cannot be bored in such a city.

Vancouver, unlike most other Canadian cities, has a relatively temperate climate. This is to say that rain is common, especially beginning from October to March. But, the downpours can be avoided by boarding the city’s Skytrain or extensive bus and ferry networks. As we stated about Toronto, one disadvantage of residing in Vancouver is the exorbitant price of renting or purchasing a property.

After Kinshasa, Paris, and Abidjan, Montreal, Quebec ranks the fourth-biggest French-speaking city globally, and it has earned a spot in the top three city-stakes due to the number of Americans migrating to Canada. In the year 2016, aside from Americans enjoying life in Montreal as a student or on a temporary work permit, almost 18,000 Americans settled in Montreal as their permanent home. The city is notable for its distinct, bilingual, and multicultural hub, little wonder why it is not just known as the second-largest city in Canada but also the cultural capital of Canada. It is also a well-known centre to some of the world’s leading aerospace, visual effects, and pharmaceutical companies.

Another fact is that the city is a very populated one. Due to this, they have an extensive metro (underground light rail system) and bus service to take care of the needs of about four million residents who reside in the wider metropolitan area. If you reside in Montreal, you won’t be short of ideas about things to do and places to hang out because you have a wide range of options to choose from, such as Old Montreal, Biodome Montreal, La Ronde, and Place Des Arts.

The good news is that, unlike Toronto and Vancouver, renting and purchasing property in Montreal is comparatively affordable.

This city is located on the edge of the Rocky Mountains and has a lot going for it in the ideal city stakes. Aside from having some of the most intriguing views in North America, it is also known to be the sunniest city in Canada, and surprisingly one of the youngest. All these attributes have contributed to making Calgary the fourth most bubbling city in the world, according to The Economist’s 2018 Global Liveability Index.

In 2016, more than 12,100 Americans settled permanently in Calgary, aside from students and workers.

Do you know that generally, Calgary and Alberta are home to 95% of Canada’s oil reserves?  Furthermore, certain jobs thrive in this city, the likes of mining, construction, engineering, and a plethora of related industries.

The funny thing is that Ottawa, widely known as Canada’s multicultural capital city, is often underrated. Nevertheless, a city whose streets are adorned with history and culture on every corner, it is a great location for Americans moving to Canada. The good news is that more than  9,500 Americans reside permanently in  Ottawa as their home, while some occupy government positions. The city thrives in innovative tech startups. Little wonder Shopify in 2006 kicked off from here.

There are usually traffic problems in Ottawa as a result of its over one million population. Still, thankfully, the Confederation Line light-rail system, which was launched in 2019, came to the rescue of residents, helping them in a range of Ottawa neighbourhoods to relieve this issue. Sadly, the prices of houses in Ottawa are high and increasing by the day.

One particular fact about Victoria is the progressive and environmentally-friendly city which has made it effortlessly home to 6,200 settled Americans. The city is situated on the picturesque Vancouver Island in British Columbia. It is an attractive force for Americans immigrating to Canada and searching for a slower pace of life encompassed by natural beauty.

Are you searching for a job in Victoria? You should consider the tourism and tech sectors as they are your two best bets. Just like the provincial capital of British Columbia, Victoria can be defined as a city that attracts Americans with a political or media-based background to immigrate to Canada.

You may be wondering why Windsor made it to our list of destinations for top Canadian cities for US-born citizens. Still, the truth is that it was chosen due to its proximity to the United States, especially Detroit and who wouldn’t want to grab the opportunity of staying close to home? This makes it a perfect location for Americans immigrating to Canada. As a result of this, statistics show that as of 2016, more than 6,000 Americans were residing in Windsor as permanent residents or dual citizens.

Windsor provides Americans immigrating to Canada with a small, compact downtown that can be easily navigated and provides cheaper commercial rental rates, and tech startups are taking advantage of it. Though transport can be pretty unreliable in this city, it houses the famous University of Windsor.

Edmonton is the capital of Alberta and is widely known as a home of sports, thereby having an increasing number of Americans. It is also described as the most northerly major city in North America, located close to the world-famous Jasper National Park in the Rocky Mountains. This could pass as one of the major reasons why over 8,600 Americans are settled Edmontonians.

The oil and gas industry is evidently among the biggest employers in the region, thereby making the city an employment hub for northern and central Alberta. The cost of living of average Edmontonians is relatively affordable in terms of housing and minimal tax rates by Canadian standards. If you reside in Edmonton, you need a car because their public transit is nothing close to perfect.

When you talk about how a city can exist independently, you must refer to Hamilton because lately, Hamilton stepped out of nearby Toronto’s shadow and proved to us how essential it is for a city to be in its own right. Out of a total population of roughly 536,000, about 5,700 Americans were living in Hamilton permanently in 2016. The latest census data shows that more than 20% of Hamilton residents were born outside Canada.

Hamilton also houses a modern transit system locally known to be Hamilton Street Railway, and there is also an extensive network of bike paths. When it comes to renting, Hamilton is considered cheaper than Toronto. However, it has a lot of manufacturing, medical and even tertiary institutions, which happen to be three of the biggest employment sectors in Hamilton.

The last on our list is Winnipeg which is the provincial capital of Manitoba, and government jobs are many in Winnipeg as a result of this. Interestingly,  the Canadian Museum for Human Rights was recently opened, and this alone provides the city with a perfect focal point.

Sadly, if there is more than a necessity in Winnipeg, it should be a car because their public transit is pretty hit and miss. The city has a total population of more than 725,000, and out of this number, almost 4,500 are Americans settled permanently. Furthermore, Winnipeg is just the perfect picture of a mid-sized city for Americans immigrating to Canada searching for something a bit different.

In conclusion, we have exhausted the list of Canadian cities you can choose to reside in as an American citizen and our reasons for picking them. The choice is yours to choose from the cities mentioned above, the one that suits your taste.