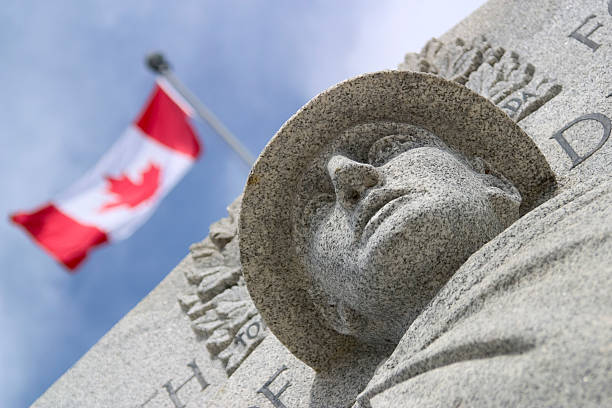 We must admit that immigrating to Canada from the USA can be an exciting experience. Nevertheless, it can be both exhausting and confusing. Irrespective of how and why you are immigrating to Canada, the questions and answers provided in this article should assist in clearing some of the common concerns.

1. Is it possible for me to drive in Canada with a license issued by a US state?

It is straightforward for you to exchange a driving license issued by your state for the one given by the Canadian province you are moving to as long as you can prove sufficient driving experience. Though you must note that the requirements needed differ from region to province

Furthermore, you will be permitted to drive in Canada on your US license for a certain period, maybe 90 to I80 days before exchanging your license, but as stated earlier, this depends on the province you find yourself in.

2. Am I Under the Insurance of the public healthcare system in Canada?

In Canada, Healthcare services are provided through a publicly-funded system administered by the provinces. You do not need to pay for most healthcare services if you are under public health insurance. There are only two reasons you may or may not be covered by the Canadian healthcare system: your status in Canada and your destination province.

In most cases, the college or university you are attending may have a relationship with a particular provider that provides health insurance. Additionally, if you are immigrating to Canada from the USA on a work permit, your health insurance by the province depends on the type of work permit you have.

Upon arrival to Canada as a foreign worker, you have to apply for public healthcare, and sometimes, you may have to wait up to three months to be approved for public healthcare after applying. Hence, we advise you to apply as early as possible and use a private insurance policy to take care of the waiting period.

If you are a Canadian worker under the SWAP Working Holiday program or the International Experience Canada (IEC) program, please note that you have to take out a private insurance policy before your work permit may be approved.

While Canadian permanent residents, such as Canadian citizens, are under public health insurance in their province of residence, we advise new permanent residents to have private medical insurance to take care of the waiting period, which may last for three months before being approved for public health insurance. However, this time frame differs by province.

3. After moving to Canada from the USA, Will I have to file income taxes in Canada, the United States, or both?

If you fall under any of the below categories for tax purposes, by contrast, you will be considered a non-resident in Canada:

You are obliged to pay Canadian taxes and file taxes in the United States if you are a citizen of  America who is recognised to be an ordinary resident in Canada.

Nonetheless, only very few Americans residing and working in Canada pay tax in the two countries. This is due to the Foreign Earned Income Exclusion (FEIE), which permits single people to eliminate the first $108,700 received from the US income tax by confirming that they live in Canada for a minimum of 330 days a year. This means that as long as you earn below $108,700 yearly, you won’t have to pay taxes in the United States. In the case of married individuals where both work abroad and meet either the bona fide residence test or the physical presence test, each of them can select the foreign earned income exclusion, and together, both can remove up to $217,400 for the tax year.

4. Am I permitted to bring my family from the USA to Canada?

As a US citizen visiting Canada, you can enjoy visa-free entry to Canada. You are permitted to bring your family along and remain in Canada for up to six months per entry. Though, suppose you wish to immigrate to Canada from the USA either as a foreign worker, permanent resident, or international student. In that case, it is expedient for you to know which family members will accompany you.

As regards immigration, the spouse or common-law partner and children below the age of 22 are the people Canada considers as accompanying family members. This means that older kids may not be permitted on an application to immigrate to Canada except the child has a mental or physical condition.  Other family members that are not qualified to be included on the application are Parents, grandparents, siblings, aunts, uncles, nieces, nephews, and other relatives.

Summarily, the answer is yes in most cases, although it requires a lot of preparations to make sure that your pet can cross the border to Canada with you without hassles. Ensure you carefully read the Canadian Food Inspection Agency (CFIA) guidelines because they charge almost all pet entry to Canada. As stated in the policy, you may need to present one or more of the following when bringing a pet to Canada: a health certificate, an import permit, and a visual inspection.

You can start with specific tips such as getting in touch with your airline if you wish to fly just to get information on its particular pet policies while ensuring that you have all the necessary documents. Furthermore, you must know that most pets coming from the United States are not considered free of rabies, according to the Canadians. Therefore, you must present documents to prove this when crossing the border.

What can you deduce from all we have said? From this, you will discover that it will be more straightforward to bring a dog or cat with you than bringing an iguana or even a rabbit. Moreover, the whole process will be a lot easier for you if your pet is vaccinated and rabies-tested less than a year before you arrive in Canada, and if you have gotten all the necessary paperwork before your departure.

6. Which of the cities should I reside in Canada?

About38 a million people in Canada live majorly in cities and towns nearest to the US border. Due to the diverse nature of Canadian cities, they offer a wide range of benefits for Americans who arrived in Canada of late.

All these depend on what you are looking for; for example, suppose you are looking for a fast-paced ‘big’ city. In that case, you should consider which recently overtook Chicago in size of the population, thereby making it the fourth-biggest town in North America.

You can choose to reside in Vancouver if you want to merge a big city feel with some remarkable scenery around you.

Also, you should aim for Montreal if you desire a city that allows you to learn a new language and work and reside in a natural environment occupied with diverse festivals and cultures.

Aside from those above “big three” cities, smaller but impressive Canadian towns such as Halifax, Nova Scotia, Victoria, British Columbia. That is if you are looking for coastal cities with a slower pace of life. Moreover, Calgary sounds right if you aim at embracing the excitement of the fastest growing city in Canada while also enjoying the fascinating Rocky Mountains and minimal taxes. In conclusion, no matter the Canadian city you decide on, immigrating to Canada from the USA will provide you with many options.

The job-hunting process after immigrating to Canada from the USA is almost the same as the process in the United States because both countries have an increasing market economy. But we advise you to commence your job search before or immediately after you arrive in Canada. These guidelines will help you:

8.  If I have a criminal offence or conviction on my record, will I move to Canada from the USA?

You will be criminally inadmissible to Canada if you have an offence on your record; therefore, you may require special permission to enter. Another thing that could lead to inadmissibility to Canada is a  DUI conviction.

Nevertheless, you still have hope of immigrating to Canada, but this depends on the crime, how long ago it took place, and how you have behaved since. Also, you have chances to immigrate to Canada from the USA:

9. How is the weather in Canada?

We assume that you must have heard that Canada experiences cooler weather than most of the United States. Nevertheless, Canada is not the land of igloos and perma-winter, just like the world perceives it. Also, most Canadian cities possess a comparable climate to some US cities, having four different seasons.

For example, the Toronto climate is related to the environment you experience in cities in upstate New York like Buffalo and Rochester, which is applicable in Chicago. The weather in Montreal is also similar to the climate in Minneapolis, irrespective of the fact that it is a few hours’ drives away and a bit warmer. Vancouver and Seattle possess damp winters and sunny summers.

10. If I give birth to my child in Canada, will my child be a US citizen, a Canadian citizen, or hold dual citizenship?

Lastly, we are aware most of you have been seeking earnest answers to this common concern among Americans moving to Canada from the USA.

You must know that children born in Canada automatically become Canadian citizens from birth, irrespective of the nationality and immigration status of the parents. In contrast, a child born outside the US is likely to become a US citizen, depending on the parents’ citizenship and past residency in the US and the relationship’s status.

We hope that with this article, you have gotten answers to questions ravaging your mind.