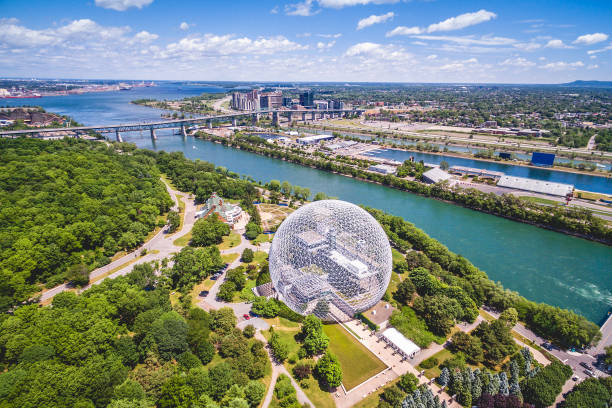 If you’re looking for a place with friendly people, good landmarks, music, tradition, and lots of fun, then Montreal is the place for you. It is considered to be one of the best places to live in Canada and its second-largest city. It is the most important and most populous city in Quebec named after the hill on which it lies “Mount Royal”. It is ranked as one of the world’s most livable cities and considered one of the world’s happiest locations. It is a common choice for immigrants. It is a very vibrant city known for its love for culture and its artistic hub considering the different festivals that exist there. From Jazz festival to comedy festival, Osheaga music and arts festival, Fantasia film festival, and Igloofest. They have festivals that run all year round.

Montreal has a lot of neighborhoods and each hood carries its vibes and points of interest. This article is aimed at helping you find the best places to live in Montreal describing their different charms.

Neighborhoods in Montreal include:

Montreal is a bilingual community with both anglophone (English speakers) and francophone (French speakers). Though francophones make up

francophones make the majority of the city, some neighborhoods in the city favour’s anglophone. Some of those neighborhoods include: Notre-Dame-de-Grace, West mount having nearly 55 percent as native speakers, Hampstead with nearly 90percent anglophones, makes and Montreal ouest and Cote Saint-Luc which are predominantly English speaking neighborhoods.

Some of the best places to live in Montreal include:

This is one of Montreal’s oldest neighborhoods. It is home to some of the city’s best restaurants. It is a very affordable neighborhood that is rapidly shaking off its former reputation of crime and is now a safe place to live in. It is also considered up and coming with the appearance of more bars and restaurants.

This is a family-friendly neighborhood. So if you are looking forward to moving with your family or looking for a place in Montreal to build a family, this should be your neighborhood of choice having one of the largest and loveliest green spaces in Montreal.

Old Montreal is the home of some of the coolest cutting-edge technologies. It dates back to the 17th century. It is quite expensive living in Old Montreal and is more suited to young professionals than families, having picturesque streets, beautiful and creative architecture.

This is a multilingual neighborhood, favoured by the creative types who work for technology companies and industries with very few hipsters in the community. It is also considered as one of the coolest neighborhoods in the world and is home to the city’s Jewish culture displaying some of their specialties and delicacies which includes a smoked meal or baked goods. It also has very beautiful residential streets, ice cream shops, lovely lush green spaces, and some of Montreal’s oldest cafes.

It is known to have some of the most beautiful parks in Montreal with leafy avenues. It is lined with so many beautiful mansions and it is located on the west of mile end and north of Mount Royal with lines of cafes, restaurants, and packs. Houses in internment are quite expensive but monthly rental there can also be quite reasonable.

If you are a foodie and would like to try out new delicacies, little Italy is the neighborhood for you. It is home to the largest farmers’ market in Montreal and has some wonderful Italian restaurants and some old cafes.

Griffin town is also a good place for foodies as its restaurants are established by the world’s top international chefs and it is associated with the Irish community of Montreal.

This is another good place to live in Montreal with about 40 percent of its residents being Jewish and it is also a predominantly English-speaking neighborhood. It has affordable accommodations and many different restaurants to suit your taste.

If you are a fun lover, we would recommend you live in the village. It is known to be one of the liveliest neighborhoods in the city and is also the center for all events such as festivals. It has wonderful art galleries, restaurants, and clubs. It is also one of the neighborhoods the suits the working class. The village truly takes on life during the summer.

This is the neighborhood for the working-class. Its environment though not as touristy as Old Montreal or as hip as mile end is exciting, authentic and home to crafty boutiques and small bistros.

Ville Marie I a bustling area with a more community vibe lined with skyscrapers, main commercial streets, corporate headquarters, and renowned universities in its western portion and consists of the village, old Montreal, and quartier Latin in its eastern portion.

This is home to artists, creating a unique environment to live in. It has many bars, cafes, restaurants, and boutiques. Although the price of houses is increasing rapidly, it is still quite affordable.

This neighborhood is located on the western slopes of Mount Royal and he has been dominated by wearing English speakers (anglophones) giving it its fiercely independent streak since the nineteenth century. It is home to some of the city’s most prestigious schools and thus attracts wealthy immigrants. It has large parks and chic boutiques. If you have the means to sustain the west mount lifestyle, then this is the neighborhood for you.

If you are looking for a neighborhood that favor’s both black and Irish working-class, Saint-Henri should be your neighborhood of choice. Downtown is easily accessible from here and it also has a large farmers’ market known as the Atwater Market.

If you are looking for a place of luxury or the richest place to live in Montreal with a peaceful residential area and prestigious living environment, then you should be looking at a neighborhood like the West mount or you can also check out Griffintown, Mount Royal, Old Montreal, Plateau mont-royal and outrement.

Montreal is an excellent place to live with neighborhoods that can suit almost any and every lifestyle from food to music, culture, festivals, and multilingual neighborhoods, allowing you to freely express yourself in your mother’s tongue. Its neighborhoods even have special charms that make them unique in their way. There are many good places to live in Montreal it just depends on your point of interest. We hope this article has been able to give you a wide range of neighborhoods to choose from.