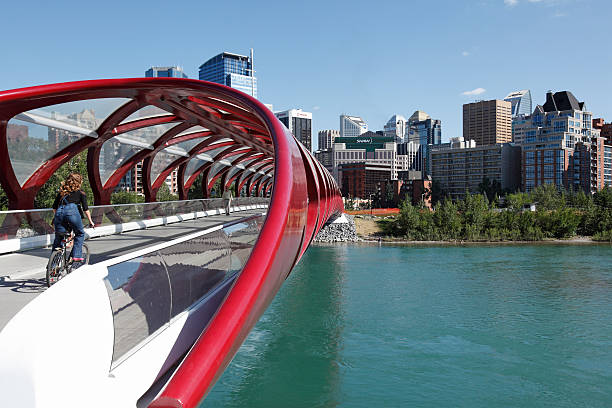 Calgary is one of Canada’s most well-known cities, thanks to the annual Stampede and the oil industry.

There are plenty of Pros and Cons of moving to Calgary. After all, it’s been ranked as the world’s fifth most livable city by the Economist for seven years in a row, gaining top ranks for stability, healthcare and education.

It also helped since it was the site of the 1988 Winter Olympics. Calgary, with a population of over a million people, has a lot to offer as a location to live.

The Pros of Moving to Calgary

1. Calgary Is The Neatest City On Earth.

Calgary was named the cleanest city in the world by Forbes magazine in 2007. Calgary has topped the 2014 Mercer Global Financial list for the same honour since then.

What is it that keeps Calgary so spotless? Littering, for example, carries hefty fines. Dropping a cigarette butt into the sidewalk might result in a fine of $500 to $1,000.

A variety of recycling schemes are also in existence. Each spring, the city cleans a large portion of the city’s streets, not just the major thoroughfares. A total of 15,000 kilometres of roads are washed.

The lack of a provincial sales tax is one of the benefits of living in Alberta. You’ll just have to pay the federal Goods and Services Tax of 5% if you move to Calgary.

In comparison, residents of Ontario, Quebec, and the Atlantic provinces pay a combined provincial and federal sales tax of around 15%. This means you’ll spend less money on things like groceries, clothing, and entertainment.

However, there was considerable discussion in 2016 about introducing a provincial sales tax, but that seems to have gone down. Before 2019, no new sales tax will be implemented.

As a result, if you’re wanting to save money while shopping, Calgary is currently a smart option.

The Plus 15 Skywalk, named for the fact that it is generally 15 feet above the ground, is a large covered skywalk system for pedestrians in Calgary. It is the world’s largest collection of building-to-building footbridges, with a total length of 16 kilometres.

You may walk to numerous downtown buildings and stores without having to go outdoors with the Plus 15. Because it is heated, you can wander around in shorts and a T-shirt in the cold.

However, the city is claimed to be examining the Plus 15 at the moment. It does provide concern in that it restricts pedestrian circulation on city streets.

This makes it difficult for activities like nightlife to take hold and thrive. That isn’t to imply there aren’t any restaurants, nightclubs, or other things to do in Calgary. Some people believe that there may not be as many as they believe.

Finally, if you don’t want to go outside in the cold or when it’s raining, Calgary is the place to be.

The public transportation system in Calgary is judged to be “pretty good.” People can get downtown in the mornings and back in the evenings using a network of trains and buses.

Calgary’s light train, known as CTrains, is powered by wind farms, in keeping with the city’s focus on cleanliness. It is North America’s first wind-powered public transportation system.

In 2012, carbon dioxide emissions were reduced by more than 56,000 tonnes as a result of this project.

There are park-and-ride lots for buses and trains outside of the downtown area. They provide free plug-ins for block warmers in your car, which makes it easier to start your car after it has been sitting outdoors in the frigid Calgary winter.

5. Finding A Family Doctor Is Now Easier Than Ever

During the boom years, there used to be a shortage of family doctors to serve Calgary’s growing population.

Many health services are free if you have an Alberta Health Care Insurance Plan card. However, there may be a waiting time once you arrive in Alberta before you are eligible for one.

It doesn’t matter if you’re from another province or nation; you’ll probably have to wait the same amount of time.

Before moving to Alberta, check to determine if your current province’s health plan covers treatments in Alberta.

Another alternative is to purchase private health insurance to cover yourself during the waiting period.

6. There’s A Lot To Do For Outdoorsy People

Calgary’s location in the foothills of the Rocky Mountains is ideal for outdoor enthusiasts. Calgary has it all, no matter what your interests are.

For starters, Canada Olympic Park is located in the city and is used by both professional athletes and the general public.

In the winter, you can use an innertube to slide down a slope. You may also ski and snowboard directly in the city, as well as participate in public skating and bobsledding, thanks to the park. Mountain biking and ziplining are popular summer pastimes.

There are an additional 8,000 hectares (almost 20,000 acres) of parkland in Calgary. If you’re a runner or biker, there are 800 kilometres of paths to choose from around the city. It is North America’s largest network of urban footpaths and bikeways.

There are a few additional outdoor activities in the area. Banff is about an hour away by vehicle and has some of the world’s best downhill skiing.

Jasper, approximately a five-hour drive away, also has superb skiing, and both destinations include national parks with great camping and hiking opportunities. They also provide fantastic sightseeing opportunities at their icefields and glaciers.

As you can see, there are lots to do in Calgary if you appreciate staying fit and active.

7. Other Destinations Are Easily Accessible From Calgary

Other sights to see are within striking distance of Calgary. Going north, Edmonton is only a three-hour drive away.

For starters, the West Edmonton Mall has fantastic shopping and a water park. In addition, there are numerous museums and galleries to visit in the city.

In the opposite direction, the US border is a three-hour journey from Calgary. You can, on the other hand, go to Glacier National Park, which is a United Nations World Heritage Site. It is home to about 1,000 different plant types and hundreds of diverse animal species.

Vancouver is a little further away, at more than 10 hours. It’ll take you a day to get there, but once you’re there, you may go to the beach or participate in the city’s culture.

While some may consider Calgary to be a bit of an island because there are no major cities nearby, unlike Toronto, it isn’t quite as isolated as you might imagine. If you don’t mind putting a little gas in the tank, there are some spots you can visit.

The Cons Of Moving To Calgary

Unfortunately, there are some disadvantages to relocating to Calgary which include;

For instance, in September of 2013, when the economy was thriving, Calgary’s jobless rate was 4.7 per cent.

Lower oil prices have resulted in layoffs in the oil business, contributing to the high unemployment rate. Manufacturing and construction have also suffered as a result of the recession. Housing growth has stalled as more people lose their jobs or face salary cuts or no raises.

Even though the economy is likely to improve, Calgary’s prosperity is inextricably linked to the oil industry.

Calgary’s economy’s boom-bust cycle may make you think twice about relocating there. When times are good, things are terrific, yet many jobs are insecure. When circumstances are rough, finding good work can be incredibly difficult.

What’s the good news? If you do manage to land a job in the oil field, you will be paid among the highest in the city. Oil and gas well operators earn over $72,800 per year, an increase of 17% since 2009.

2. The Crime Rate Has Increased

In comparison to other Canadian cities, Calgary’s crime rate is believed to be quite low. However, over the last few years, there has been a major surge in crime.

Calgary’s Crime Severity Index had been declining for 11 years before increasing by 29% in 2015. This was the highest increase of any city in the country.

The following incidences, according to Statistics Canada, had increased in the city:

In 2015, violent crimes such as homicides, assaults, and sexual assaults increased.

What is the source of the latest crime wave? It had something to do with the failing local economy, according to police. The accessibility of highly addictive substances like fentanyl and methamphetamine also played a role.

3. There Is A Chance That Traffic Is Always Congested.

Calgary has a reputation for being a difficult city to navigate owing to traffic congestion. While traffic in Calgary is not as awful as it is in Montreal or Vancouver, Calgarians may expect 71 hours of traffic delays in 2014.

Things are, however, getting better. The obvious reason traffic appears to be less crowded currently is that there are fewer cars on the roads as a result of the cutbacks.

Alberta’s provincial government is also spending money on repairing roadways, which could assist. However, if the economy improves, you should expect gridlock to develop once more.

It’s a good thing Calgary has a good public transportation system. You may come to rely on it.

The population of Calgary’s suburbs has risen at such a rapid rate that school development has fallen behind.

That means that if you have children, they may not be able to attend a school in your area. Some schools have class sizes that exceed provincial restrictions.

Because of the severe overcrowding, several schools are organizing lotteries to fill vacant seats. Parents have been known to make up their home address for their children to attend the school of their choice.

Busing, which may be necessary if your child is unable to attend a nearby school due to overcrowding, can be an extra issue.

Some students were compelled to sit on the floor of their school bus due to overcrowding. However, after being made aware of the issue, the bus firm procured a larger bus for that route.

Some respite may be on the way. By 2018, the Alberta government plans to construct 56 new schools or extensions, as well as renovate or replace 21 existing schools. This will relieve some of the strain on Calgary’s overburdened schools.

There are a lot of pros and cons of moving to Calgary but, in general, Calgary can be an amazing city to live in if you have a job set up; if you don’t, getting your feet under you may be difficult.

It is ideal for those who want to live in a city that is lively, outdoorsy, and clean. Remember true friends don’t ask their friends to assist them in moving!

While Calgary may not offer the same type of nightlife as Montréal or Toronto, it is a wonderful city with a Western vibe. It could turn out to be your favourite spot!

If you decide to relocate to Calgary, the next step is to begin packing. So you don’t get stuck wondering where to start.