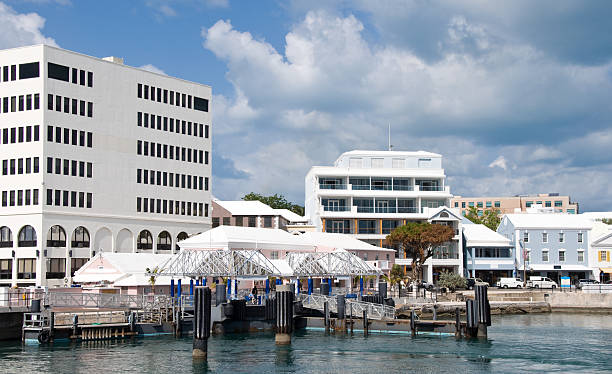 With a population of just over 750 thousand people, Hamilton is known as the “hammer town” or “Steeltown” in Canada.

There are several pros and cons of living in Hamilton. Hamilton, a well-renowned city in Ontario, is known for its green space and natural beauty, which is one of the many reasons why you should consider relocating there.

If you’re planning on moving to Canada, consider the following list of pros and cons of living in Hamilton, Ontario.

Pros Of Living In Hamilton, Ontario

Many people who are escaping Toronto choose Hamilton as their new home because it is much less expensive to reside there; price is usually a major factor in their decision.

In Hamilton, the average cost of living in a detached home is slightly over $500,000, while many housing properties are valued between $300 and $400,000, which is less than in other large Canadian cities.

Hamilton is a Canadian port city with a population of a little over 750 thousand people (750,000). It’s just 45 minutes from Toronto, and Niagara Falls is less than an hour distant.

The golden horseshoe, which encompasses Hamilton, is recognized as Canada’s most industrialized and inhabited region.

The 401 and 403 roads run through Hamilton, and the city also has its airport, the John C. Munro Hamilton International Airport, which is modest and easy to manage.

If you are wanting to further your education in Hamilton, Mohawk College, which is one of the top government-funded colleges in the area, concentrating in healthcare and technology, is one of the best options.

The University of the Redeemer is a modest Christian literary and arts institution. McMaster University, with its world-renowned medical school, is located in Hamilton and is ranked among the top one hundred universities in the world.

It has been named Canada’s greatest city for hospitals, and it is the home of the country’s best healthcare system. Its seven hospitals are among the best in the world for healthcare and medical research.

People love Hamilton because of its festivals, particularly the Festival of Friends, which takes place in Gage Park (a frequent site of gay pride in this part of town) and has been running since 1975.

Hamilton is known for its waterfalls; it is estimated that there are around 140 waterfalls and cascades in the vicinity, earning it the nickname “the waterfall capital of the world.” Webster, Buttermilk, Sherman, Tiffany, Chedoke, and Tews Falls are just a handful of the well-known waterfalls.

The Cons of living in Hamilton

There are a few one-way streets in the city’s core, and the city changes them frequently, which could throw a car’s GPS tracker off.

Then there’s Sherman’s Access, a road that leads to the escarpment. At different times of the day, this road becomes a one-way street instead of a two-way street to allow for better traffic flow during peak times.

Some barriers and warning lights may help commuters, but those using a GPS may have a difficult time.

2. You Might Not Welcome The Inflow Of Tourists If You Aren’t Exactly A Pleasant Extrovert.

The many waterfalls in Hamilton are fantastic locations to unwind as a resident, but it is also the area’s most popular tourist destination, therefore it is generally highly crowded.

If you’re thinking of moving to Hamilton and visiting the waterfalls and hiking trails, don’t do it on a hot Saturday or Sunday since you’ll get caught in the crowds of tourists visiting the area.

3. Many Of The Residences In The Region Have Been Abandoned.

Although some neighbourhoods are damaged and with rundown houses, it is a gorgeous city with a lot of extremely excellent architecture in many places.

Many of these sites also feature exquisite designs that are quite beautiful but are obscured by the ruins; nevertheless, most of these areas are undergoing gentrification and a big transition that may alter the area’s appearance.

4. The Quality Of Several Motorable Roads Is Influenced By Steel Mills.

The steel industry and factories in the area have a significant negative impact on the condition of the roads in those areas, and they can quickly wear them out. Recently resurfaced roads in these areas almost always need to be redone.

Despite the pros and cons of living in Hamilton, Ontario. If you’re thinking about moving to Hamilton, it’s an excellent choice because it’s a fantastic area to live, play, and work.

It is truly one of the nicest locations to live, with very pleasant people and a close-knit welcoming community. You should have a good time.