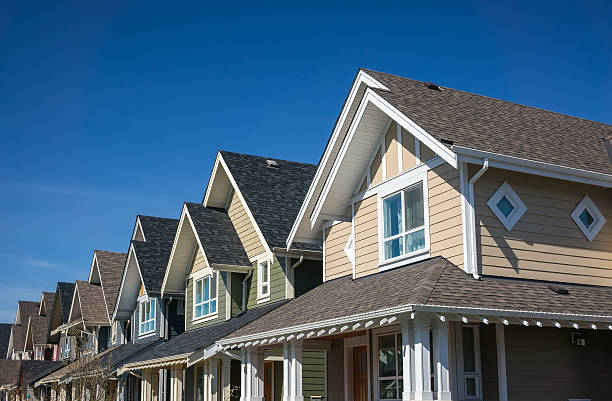 The similarities, however, end there. While Tony, the rugged pioneer, has moved west and established a base in beautiful British Columbia after a few years in Toronto, Patrick has made bilingual Montreal his Canadian home.

Given Tony and Patrick’s unique perspectives, their experiences can provide you with some key insights on renting and other factors that go into deciding where to live in Canada.

We asked the guys key questions to help you decide which city is best for you. We hope you like it!

So, Tony, can you tell me a little bit about why you decided to move to a city that has more than four months of winter every year and is the only Canadian province where English isn’t even an official language?

That’s a good question. Although Quebec is primarily a French-speaking province, Montreal is a vibrant, bilingual city.

Yes, Montreal is pretty cold from December to March, but we also have some hot summers (perfect for enjoying a beer during the tam-tams) and lovely autumn evenings.

Above all, Montreal is a beautiful and culturally rich city, with an abundance of festivals, including the world-famous Jazz Fest, Just for Laughs Comedy Festival, and Osheaga Music Festival, as well as food markets and sporting activities to participate in every week, even in winter!

There are many advantages to living in Montreal, but Vancouver is one of the most beautiful cities in North America.

It was named the world’s sixth most livable city in 2018. Living in Vancouver has enabled me to significantly improve my skiing and snowboarding abilities without having to travel far.

Nothing beats waking up on a Saturday morning and making a quick decision to go skiing after lunch. And with Whistler, Squamish, and Cypress Mountain all nearby, it’s a no-brainer!

Furthermore, Vancouver is close to the most pristine forests, incredible mountains, and the rugged Pacific coastline.

I had a busy working life in Toronto and enjoyed the fast-paced environment for a while, but all I did on weekends was eat and drink.

On a Sunday afternoon, the closest I got to outdoor activities was sitting on the patio of the latest downtown bar or gelato shop.

As you can imagine, life is very different in British Columbia, and I’ve lost some weight to prove it.

Nonetheless, if nightlife and socializing are important to you, I found that there were more parties and cultural events in Toronto than in Vancouver, but it depends on your interests. I guess.

There’s no denying that Montreal’s plethora of festivals and general joie de vivre (that’s French!) are major selling points, while Toronto’s cosmopolitan feel is a huge draw for many people seeking the glitz and glamour of big-city life.

However, for its sheer breadth of natural landscapes and jaw-dropping scenery, Vancouver narrowly edges it out — even though Uber and Lyft will not be available on Vancouver streets until December 2019.

What about rent in Canada? Where can I find the best value and quality?

Renting a home in Montreal is one of the most affordable large cities in North America. According to a recent report, the average price of a one-bedroom apartment in Montreal is $800 less per month than an equivalent property in Vancouver, and nearly $900 less than one in Toronto.

Furthermore, many renter protections exist in Montreal that do not exist elsewhere in Canada.

For example, Quebec is the only Canadian province where landlords are not permitted to request a security deposit from tenants before they move in.

Finally, paying rent in Montreal is simple; all you need is a Canadian bank account, and you can pay directly using the convenient Interac system.

Do you have anything to say about it?

To begin, many renters in Vancouver and Toronto use Interac to pay their rent, so having a Canadian bank account is all you need to do so here as well.

When it comes to renting, there is no doubt that Vancouver is expensive, and Toronto is even more so.

That’s why having a lot of patience or a large network of friends comes in handy when looking for a place to live in either of these cities.

I’ve found the search and cost of renting in Vancouver to be a little more palatable than in Toronto, but it’s still not cheap, especially if you want to live the “condo-life.” Now that I’ve been out of Toronto for a few years, renting my old place would cost nearly twice as much.

That said, if you plan ahead of time, consult this helpful renting guide, and choose your neighbourhood wisely, you will have a much easier time finding a great, or at least reasonably priced, a place to live in either city.

In retrospect, something like the HSBC Newcomers Program would have been extremely beneficial when I first arrived in Canada, if I had known about it.

I lost a dream apartment I was hoping to rent because I couldn’t send the deposit to the landlord quickly enough.

It was devastating to have to transfer money from back home in the UK, which took a few days. When you find a place you like in Canada, you must be able to move as quickly as the wind.

So, my top tip for finding your dream home in Canada is to set up a banking package like HSBC’s Newcomer Program.

I now pay my rent using Interac e-Transfer, which is extremely convenient.

Finally, if you are an HSBC customer from another country, the HSBC Newcomers Program in Canada will benefit you even more.

This is because HSBC provides a service called “Global view,” which is appealing to people who already have HSBC accounts in other countries and makes it simple to access and transfer money between your personal HSBC accounts around the world. In essence, it accelerates your global financial transactions.

It pays to be as prepared as possible when renting in Vancouver, Toronto, or Montreal.

In Montreal, Kijiji reigns supreme, but in Toronto and Vancouver, Craigslist and Facebook Market reign supreme.

Also, knowing that no security deposit is required in Montreal before moving in, whereas in Toronto you’re more likely to be asked for a first and last month’s rent, and that half a month will suffice in Vancouver, is useful information to have.

Overall, renting in Montreal is typically much cheaper than in Vancouver or Toronto, and there are more tenant protections.

This means that it is easier for newcomers, particularly families, to find their ideal rented home after arriving in Canada, and we must give this one to Montreal as a result.

What about the food, last but not least?

Montreal has some of North America’s best French cuisine, as well as many delicious Greek, Middle-Eastern, and Caribbean restaurants.

The Jean-Talon and Atwater markets are two of Canada’s busiest permanent food markets, and there are numerous fine dining and low-cost eateries to choose from. Montreal also has the best bagels in the world, just choose between Fairmount and St. Viateur.

Yes, Toronto and Vancouver have great poutine, but we also have some of the best sushi in Canada.

In addition to sushi, Vancouver’s significant Asian populations mean that our Chinatowns of which there are several are ranked among the best in North America, with some claiming it’s even better than the food in mainland China.

Having lived in both cities, I must say that the sheer variety of food available in Toronto is unparalleled in any other Canadian city I’ve lived in.

It’s all here, whether you’re looking for late-night pizza, Dim Sum Chinese food, or the best Thai noodles you’ve ever had. Furthermore, Toronto’s St. Lawrence Market is one of the

There is no doubt that Toronto, Montreal, and Vancouver all have a diverse range of culinary offerings.

It is also clear that they are all far better food cities as a result of the large number of immigrants who live in each city.

However, we believe that Toronto deserves the top prize in this important category because of the sheer number of options available.

As Tony and Patrick’s experiences show, renting and life, in general, are very different in Montreal, Toronto, and Vancouver, with many advantages to all three cities.

Nonetheless, when it comes to renting in either of these cities, being as prepared as possible will give you the best chance of finding a new home.

This includes ensuring that you have your Social Insurance Number (SIN) and Canadian bank account set up as soon as you arrive, having a clear budget for rent each month, and conducting thorough research on the neighbourhood to which you are moving.