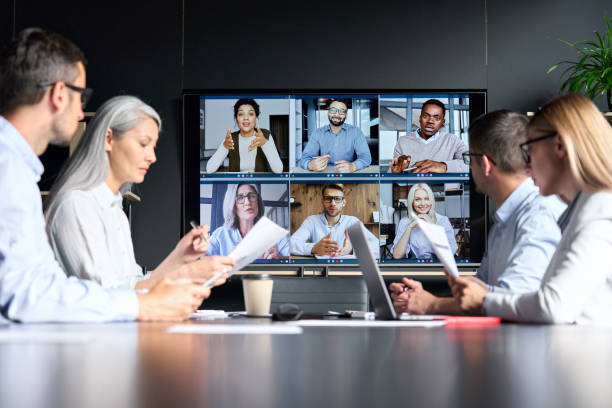 One of the primary reasons for Toronto’s success on the global tech stage is its deep tech investments.

The hype is genuine! Toronto is now a destination for technological innovation, and it appears that this trend will continue.

That is all very strange, given that Canada was forced to abandon plans to build a tech hub due to competition from Silicon Valley only a decade ago.

During that time, the country also lost talent, venture capital investments, and startups to its southern neighbour.

Today, however, the situation is quite the opposite. That is why we will explain Toronto’s phenomenon and the prospects for its growth.

Toronto is not alone; it is part of a Cutting-edge Technology Corridor.

Because of its neighbour, Toronto has become what it is. Together with the town of Waterloo, the city is part of an Ontario technology corridor.

The Toronto-Waterloo Corridor spans 112 kilometres of innovation. This is made possible by the incredible figures discovered along this path.

The Toronto-Waterloo Corridor excels in funding, connectivity, and talent. This means that startups in the corridor will have easy access to investment and talent, as well as be part of a vibrant tech community.

However, Toronto-Waterloo still has a long way to go in terms of Knowledge and Market Reach. The former refers to the patent activity, while the latter demonstrates startups’ current ability to go global.

However, it is worth noting how closely this corresponds to the characteristics of the Toronto technology sector profile. This brings us to the next reason to believe that the Toronto tech boom will continue.

A Go-to Spot for Cutting-edge Technology

Many of the companies in Canada’s tech ecosystem are eager to disrupt the industry. Toronto has become a hub for deep technology startups such as blockchain and artificial intelligence. As a result, we can say that such initiatives aim for much better results in the medium and long term.

This feature makes Toronto a much more likely destination for investment; after all, everyone wants to bet on higher expectations. At the same time, skilled tech workers will be more motivated because they will be able to face more rewards.

STEM Talent is Abundant and Diverse in the City

The province of Ontario is responsible for nearly 55,000 STEM graduates per year, ranking among the top five in North America.

The majority of these come through the University of Toronto, the country’s top-ranked higher education institution.

The city’s universities offer a wide range of courses, with those with a technological focus being particularly popular.

It’s no surprise that many of Toronto’s brightest tech talent has a degree from one of the city’s top four colleges, according to The World University Rankings – Times Higher Education (2021):

The engineering and law schools at the University of Toronto are renowned for their excellence.

York University is the leading faculty in the field of Communication and Media Studies in Ontario. It is a school with a reputation for preparing recent graduates for immediate employment.

The Ontario College of Art and Design University is the country’s largest and oldest (1876) art university.

It is well-known for its innovation and creativity. It has also been mentioned as a great incubator for business and research projects.

To comprehend what has occurred, one must look back a decade. According to the country’s Council of Ministers of Education, the total number of STEM graduates increased by 51% between 2010 and 2018. (CMEC).

Improvements in immigration programs to attract skilled tech workers, as well as the excellent quality of life provided in Canadian lands, have resulted in an abundant and diverse workforce profile; a positive effect that is critical to the Toronto tech boom.

The Cost of Living is Unrivalled

Toronto is a relatively low-cost city. This is important when it comes to attracting and retaining talent and, as a result, creating new business opportunities.

We are even more certain of this when we compare Toronto to the other cities listed in the Global Startup Ecosystem Report below.

Toronto is only second to Beijing and Shanghai in terms of cost of living, making it the Western city with the lowest cost of living among today’s top tech clusters.

This is yet another reason why the Toronto tech boom will not end anytime soon.

Toronto has emerged as a new hotspot for digital innovation. All of the discussed factors point to the city’s enormous potential to be the next digital pioneer.

Clearly, this will pique the interest of many entrepreneurs and tech titans. But how can you grow your business while staying ahead of the competition in Toronto’s tech boom? Working with an Employer of Record is one option.

Our Global Employment and Mobility team at Airswift has extensive experience providing all of the services you would expect (and more) from an industry leader in workforce solutions.

Toronto’s tech workforce is also expanding faster than any other hub in the United States. And, unlike many other cities, Toronto is likely to have the resources to continue the trend.

It is the fourth-largest city in North America, with approximately three million residents in the city and more than six million in the metropolitan area, trailing only Mexico City, New York, and Los Angeles, and its roots in technology are deep.

“Everyone is pointing to Miami as the next tech hub due to its low taxes.” “But it offers little else in terms of technology,” Mike Volpi, a partner at venture capital firm Index Ventures, said during a recent visit to Toronto.

“You need anchor companies with transformative potential.” Entrepreneurs leave these corporations to start their own.”

These anchor companies, which include the Canadian e-commerce company Shopify as well as numerous American behemoths, have come to Toronto to recruit the already present researchers and engineers. However, they believe the talent pool will expand.

“This is now a place to make a long-term bet — to connect with the cluster of schools in the area and create a new pipeline for hiring,” said Tristan Jung, a Korean-born computer scientist who grew up in Toronto, worked at Twitter’s headquarters in San Francisco for six years, and recently convinced the company to build an engineering hub back home in Canada.

Twitter hired more than 100 engineers in Toronto over the last year, tripling its Canadian workforce.

Companies based in the United States can also accelerate the arrival of new tech talent from other countries in Toronto, a talent pool that has long been the lifeblood of the American tech industry.

As the Trump administration slowed and sputtered the United States’ immigration system, Canada introduced programs aimed at bringing skilled workers into a country that is already unusually diverse.

According to the city, nearly half of Toronto’s residents were born outside of the country.

Large American corporations relocated to Toronto in part due to lower labour costs. According to the recruitment website Hired, the average annual tech salary in Toronto in 2020 will be 117,000 Canadian dollars (approximately $90,000 in US dollars), compared to $165,000 in Silicon Valley.

However, many local start-ups are now reporting that as demand has suddenly increased, so have salaries, making it much more difficult to hire the talent they require.

In comparison to Silicon Valley, investment in new Toronto companies remains minimal. According to Tracxn, investors will pour $132 billion into Silicon Valley tech start-ups in 2021 and 2022.

This figure was $5.4 billion in Toronto. However, it is ultimately tech talent that drives a tech hub.

Canada will always be at the frontline when it comes to technology.  A city well endowed with facilities to scale up any company. A country to reckon.