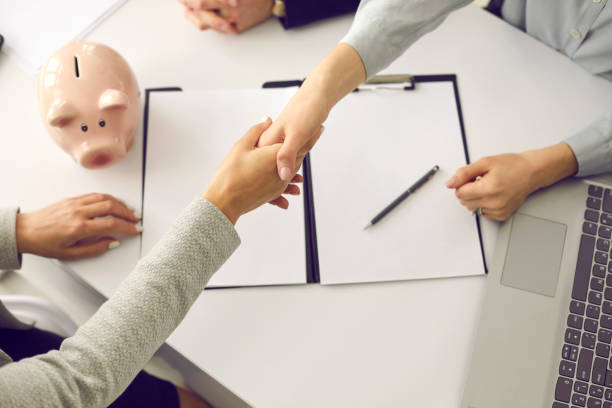 The MBA program in Canada is growing in popularity as future business leaders are drawn to the high quality of education, less stringent visa requirements than in the United States, and a diverse range of career opportunities after graduation.

Access MBA investigates Canada as an MBA destination as well as the best-paying MBA jobs for a business graduate in the country in this article.

Why are MBA Candidates drawn to Canada?

Canada, the world’s second-largest country by land area but one of the least populated, is an economic powerhouse.

The country is a major trader, has large oil reserves, and is a major exporter of energy, food, and minerals. It also has a large and diverse service sector.

Business management courses in Canada are less expensive than in the United States, Australia, or the United Kingdom.

Don’t be fooled by the lower cost; Canadian business schools are among the best in the world.

What can MBA Graduates expect to earn in Canada?

Many business professionals are attracted to the MBA degree because of the high return on investment (ROI).

However, that is only part of the story. Some MBA rankings, such as the one compiled by the Financial Times (FT), take into account alumni salaries three years after graduation.

This metric is superior because it provides applicants with a specific timeframe as well as an idea of alumni progress over time.

Here are the average salaries three years after graduating from the following Canadian schools.

We mention these schools because they appeared in the most recent Financial Times global MBA rankings. All figures are in US dollars.

When comparing alumni salaries before and after the MBA, these figures represent 70-80 percent increases.

While these figures are impressive, keep in mind that they are not the only determinant of the degree’s true quality.

The MBA is more than just its parts. It can be difficult to calculate the true return on investment (ROI) of an MBA because the benefits of gaining new skills, experience, and confidence, as well as networking with alumni, are truly incalculable.

Now that we’ve established the average salary for an MBA graduate, it’s time to look at the industries that graduates prefer.

Although consulting and finance are the most popular industries among MBA graduates in the country, technology is gaining traction.

According to the Wall Street Journal, business school graduates around the world have been increasingly drawn to careers in technology in recent years, often beginning and progressing in product-management roles.

As a result, business schools have begun to offer degrees with technology concentrations covering topics such as data analytics and artificial intelligence. This trend has only been accelerated by the pandemic.

In contrast, the industries hardest hit by the pandemic, such as retail and energy, have recently hired fewer MBA graduates.

What Does Canada Have to Offer the MBA Community?

A country with a wealth of high-quality education and career opportunities.

Canada – is the birthplace of the first MBA program offered outside of the United States.

The country is stable and well-developed for both locals and ex-pats, and it is rich in high-quality education, professional opportunities, and more-than-satisfactory living conditions.

Here are some highlights of the Canadian MBA scene for those interested in exploring Canada as a destination for MBA studies and a managerial career.

MBA and EMBA graduates have a wide range of job options in Canada. Finance and consulting, as well as the tech industry, are the top fields of employment preferred by graduates from Canadian business schools, similar to the post-MBA landscape in other countries

Technology/Telecommunications round out the top three, but the report also shows that Law attracts some of the most qualified MBA graduates from Schulich.

The Energy industry is well represented in Ivey and Rotman’s 2018 and 2019 class profiles.

What are the Highest-paying Industries?

So, how much do jobs in consulting, technology, and finance pay in Canada? As expected, numbers vary across schools, so we will look at the employment reports of two of the country’s most prestigious institutions – Ivey and Rotman.

The data for the Ivey MBA class of 2020 is shown below, including base salary by industry and the percentage of graduates employed in each industry.

It should be noted that the base salary does not include other guaranteed compensation such as signing and annual bonuses.

The Rotman MBA class of 2020 is broken down as follows.

As you may have heard, Canada’s policy for international students and workers is quite favorable in comparison to many other countries.

For example, the Rotman School of Management’s official website states that “all international graduates of the full-time MBA program are eligible for a three-year Canadian work permit, a significant advantage not offered by other international and one-year MBA programs.

“If you come to Canada with your family, your partner can work in addition to studying.”

Although the policy is not limited to this school, be sure to review the information and tips for international students provided by the various programs you are considering.

In particular, if your study program is less than eight months long, you will not be eligible for the so-called post-graduation work permit.

If the program lasts more than eight months but less than two years, your post-graduation work permit may be valid for the same period as your studies.

When deciding on the best path for your MBA, keep Canada’s favorable economic conditions, educational and employment opportunities, and industry developments in mind.

However, it is equally important to consider your individual career and educational goals before committing to any particular location.

Consider it carefully, conduct thorough research, and consult with people who have lived in the country. This will give you a better idea of whether an MBA program in Canada will assist you in achieving your goals.

If you are considering a particular school, make sure to review its most recent employment report.

If the school does not regularly publish such reports, you can meet with admission officers and ask them any questions you have during Access MBA’s One-to-One events.