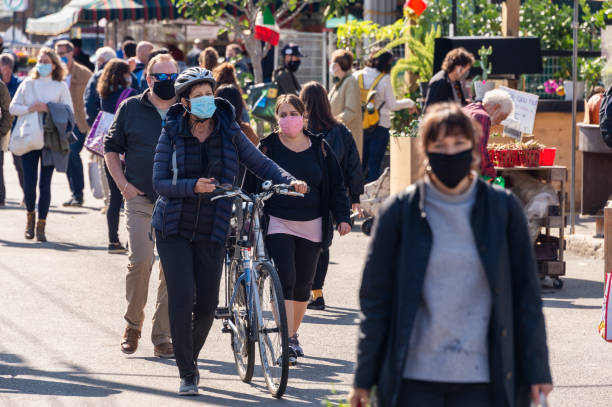 There are roughly one million Indian citizens as of 2020 residing in Canada on temporary or permanent status, approximately half of whom are based in the Greater Toronto Area (GTA).

Nevertheless, aside from many other newcomer communities, most Indians in the Greater Toronto Area are not downtown in the shadow of Toronto’s popular CN Tower.

Instead, Indian immigrants to the Greater Toronto Area tend to live further from the downtown core, building lively communities in remote cities and areas.

Interestingly, the Greater Toronto Area serves as a home to approximately six million people, including millions of people from across the globe, thereby forming one of the most distinct and multicultural regions in North America.

About 200,000 additional Indians have been issued permanent resident status in Canada recently, and current data indicate that around 220,000 Indian foreign students are studying in Canada now.

Worthy of note is the fact that the Indian immigration to the Greater Toronto Area is that immigrants are distributed proportionally across all the urban centres in the area.

The question on everyone’s mind is which part of the GTA best meets your needs? Since the Indian community in Ontario, no doubt has travelled far and wide in search of a place to call home.

To answer that question, we have picked our top five destinations for Indians in the Greater Toronto Area beginning with the region’s largest city which is Toronto.

Over the years, Toronto has proven to be a major magnet for Indian immigrants looking to adopt the Canadian Dream, and it’s very easy to see the reason for this.

The city is known to be the economic hub of Canada because almost all big-hitters in the financial services, legal, accounting, marketing, and other various sectors site their headquarters there.

You can freely say that it is also home to some of the top-ranked schools and universities in the world, and in the year 2019, the city’s much-loved Raptors became NBA champions for the very first time.

Nav Bhatia the Toronto businessman who in 1984 immigrated to Canada from India brought this victory home and is now popularly known as the Raptors’ ‘superfan’ because he has been present in almost every single home game since his existence of the team’s quarter-century.

Aside from Nav Bhatia, a lot of Indians have in one way or the other contributed successfully in making Toronto what it is today – the multicultural melting-pot.

Moreover, irrespective of the crowning glories, it’s important we remind you that you don’t have to be a successful entrepreneur or a superfan of an NBA championship-winning team to lead a very fulfilling life in Toronto.

However, we cannot deny the fact that you may need a solid salary, as well as some savings for arrival.

To migrate to Canada as a skilled worker, you are expected to show that you have some amount of money known as settlement funds which are slightly below the amount recommended for a family of three in Toronto (15-20 lakhs equivalent to CAD 27,000-37,000).

This is to say that while it is a perfect destination for an Indian immigrant who wants to be at the centre of the action, it is at the same time the most costly big city in Canada and one of the most expensive in North America.

Generally, most Indians who reside in the GTA live outside the city of Toronto.

Brampton is a city on its own and situated northwest of downtown Toronto. As of 2016, about 123,000 Indians settled in Brampton, and ever since then, many thousands more have settled there.

Note that Brampton houses a lot of colleges, therefore, adding all the international students and temporary workers, aside from the thousands more who are first or second-generation Indian, in a city whose total population is not slightly greater than five hundred.

You may be wondering how? Of course, more Indian immigrants are residing in Brampton than Toronto irrespective of the latter being several times bigger than the former. Now, what could attract a lot of Indians to the place of birth of Hollywood actor Michael Cera?

The major reason why Indian immigrants, especially the ones with families tend to reside in Brampton is due to strong transport links and affordable accommodation.

A one-bedroom apartment in Brampton city centre costs about $1,542 monthly, nevertheless, there are cheaper apartments in the market.

Furthermore, Brampton City Council in 2018 kicked off the ambitious Brampton 2040 project. Including free transit that circles around the whole city, a centralized green network connecting every ravine and park, as well as a lively, developed “Uptown” in fact, Brampton 2040 shows a city with inestimable potential.

With everything that has been said, it is evident that Toronto is not the only city in the Greater Toronto Area with a sizable Indian immigrant population.

Results from the 2016 census indicate that almost 55,000 immigrants reside in Mississauga, this is to say that one of the strongest Indian immigrant communities in all of Canada.

Moreover, you must know that this total figure only covers permanent residents and citizens, once temporary workers and students are added, the figure will increase.

In the year 2016, 27 per cent centre of the total new permanent residents arrivals in Mississauga were Indians.

No doubt, the strong ties built by the Indian community in Mississauga over time are one of the crucial reasons why so many recent arrivals have also decided to set up a base there.

Nevertheless, this cannot be the only reason for this influx. Just like we stated in Brampton, the affordable cost of living in Mississauga, and its relative closeness to downtown Toronto, make it the best option for those who want to eat their cake and have it invariably, having the best of both worlds as regards to vast employment opportunities but lower living costs (expect to pay $1,886 per month for a one-bedroom apartment in downtown Mississauga).

Even though Hamilton is not part of the official GTA, its proximity to Toronto which is a bit more than an hour drive warrants its addition to this list.

The city houses a world-class university in the form of McMaster, a distinct and thriving economy, and also its native Canadian Football League (CFL) team (go Tigers!).

Little wonder why there is an increasing number of Indian citizens (about 10,000) out of over 700,000 population presently living in the city on the shore of Lake Ontario.

One of the most alluring things about Hamilton is her ability to combine the natural beauty of the local region. Additionally, if you take a short drive from Niagara Falls and the US border, you will find yourself in Hamilton.

You are also sure of receiving value for your money especially when it comes to buying property though not as cheap as Brampton, but the average residential property price in the city as of July 2018 was $541,778. Generally, the overall living cost in Hamilton is about 25 % lower than the cost of living in Toronto.

Finally, Markham is the last on our list of destinations for Indian immigrants moving to the Greater Toronto Area. According to the 2016 census, the city situated 30 km northeast of downtown Toronto has a population of 328,000. Out of the 328,000 population, 14,000 are Indian immigrants,s and with the increase in the number of students and temporary workers, the overall total will increase.

Markham has over time proven to be a worthy representative of Canada as a result of its strong tech sector, combined with its expanding and large immigrant population.

Markham can be best described as the safe medium between living in downtown Toronto with the often-crippling cost of living while staying close to the action that some feel is needed when residing in Mississauga or Brampton.

As a result of this, a one-bedroom apartment in Markham city centre will cost you about $1,720 monthly, while parents are expected to pay about $1,000 for private childcare monthly.

Now, we have succeeded in letting you know our top five places to live in the GTA for Indian immigrants. Whichever means you are using to migrate to Canada: through Study Permit, Express Entry, or with your family, be rest assured that in the GTA you will discover many cheerful and knowledgeable sights and sounds.

Moreover, if you migrated to Canada from India and want to share any ideas about your destination even If we failed to list it above –kindly get in touch! We will gladly share with your fellow Indian citizens either the information or advice you may have for them