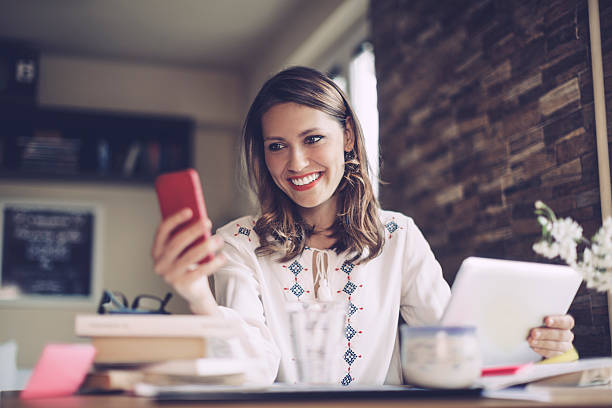 You’ve planned your trip to Canada, booked your flight, and now you’ve just stepped off the plane and onto Canadian soil.

What is your first action? Should you call your mother to let her know you arrived safely?

Are you looking for directions to your hotel or your new apartment? Posting an Instagram story to make your friends jealous?

You’re going to need a cell phone for any of the above! (Don’t know what a cell phone is? You might call it a mobile phone in your country, but it means the same thing.)

How much will a Cell phone plan cost you in Canada?

Let’s get one thing straight: Canada has some of the most expensive cell phone plans in the world, especially when it comes to data.

Brace yourself if you want the latest iPhone and enough data to download an entire Netflix series on your daily walk.

We’ll do our best to present you with the most competitive options, but there’s a good chance you’ll end up paying more than you did before.

The cost of Canadian phone plans varies greatly depending on the services provided. If you want a simple phone plan that only allows you to call and text, there are some inexpensive options.

In this day and age, most cell phone users want at least some data with their phone plan. Data, it turns out, has a significant impact on the cost of your phone plan in Canada.

A phone plan with 5GB of data costs between $57 and $101 per month, according to a recent government report analyzing telecommunications pricing in Canada in 2019.

Many people nowadays want more than 5GB of data. Prepare yourself for the cost of your plan if you’re a data fiend.

Canadian plans are easily the most expensive on the market, costing two or three times what most European plans do.

Take this as a warning! However, there is reason to be optimistic, as the government mandated in March 2020 that Canada’s major cell phone providers reduce their plan prices by 25% over the next two years.

The government mandate to reduce data pricing appears to be having an effect. In April 2021, we examined phone plans offered by three of Canada’s most popular phone companies: Fido, Koodo, and Virgin.

All three were offering plans starting at $45 per month for 6GB of data. Keep in mind that plan pricing changes frequently and frequently varies based on a customer’s location and phone, so you may not see these plans directly reflected — but data pricing is decreasing!

“It may be expensive, but it appears simple enough,” you may be thinking. I just need to choose the best plan for me and go!” Unfortunately, the situation is a little more complicated than that.

You should be prepared to answer a few questions because your answer will influence which phone provider is best for you.

Is it better to “Bring Your Own Device” (BYOD) or purchase from a provider?

One of the first considerations is whether you will bring your own device (BYOD) or purchase a phone from your provider.

Many newcomers to Canada have no choice but to BYO because the other option, purchasing a phone on a contract, is only available if you get a Canadian credit check, and often a credit check requires a financial history in Canada.

BYO indicates that you have already purchased a phone before signing up with your service provider. BYO plans are typically less expensive than purchasing a plan from a provider.

This is because when you buy a phone from your provider, the cost will be offset by large upfront fees or by distributing the cost of the phone over a series of payment installments or a contract.

However, BYO can also be complicated. Purchasing a new phone is frequently costly. You could buy a used phone, but make sure it meets a few requirements first.

What specifications does a phone have to meet to be BYO? Can you bring a phone from your home country?

Do you intend to bring your phone with you when you relocate? You may encounter compatibility issues.

To begin, your phone must be unlocked to be transferred to a different carrier. An unlocked phone is not tied to a specific carrier, so with the right SIM card, it can work with any provider and network in Canada.

Second, the phone must be compatible with Canadian mobile networks, including their mobile frequencies.

You can always check your phone’s specifications to see if it will work in Canada.

What is the price of a new phone in Canada?

The price of a new phone varies greatly according to the model. You can find a less affordable phone with no internet capability for less than $100.

However, if you want a smartphone, you should expect to pay at least a couple hundred dollars.

One of the reasons some people prefer to buy through their provider is that, rather than paying a large fee upfront, they can pay off the phone over a longer period of time.

How much less expensive are BYO plans

BYO plans are the most affordable way to get talking, texting, and data in Canada.

As an example, consider the provider Koodo. If you buy a new iPhone 12 with your Koodo phone plan, you must pay it off with their TAB payment system for new phones.

With this system, you will pay $583 for your new phone upfront and then pay off the remaining balance, your “tab,” over the next two years at a rate of $33/month (based on Koodo’s rates in April 2021). This $33/month “tab” fee will be added to your regular Koodo phone bill.

If you choose to discontinue services with Koodo, or if you need to replace your phone before the end of that period, you will be required to pay off the remainder of your “tab.”

Another significant advantage of BYO device plans is that they usually do not require a contract. This means you can cancel your service and switch providers at any time.

At the time of writing, Koodo is the only provider that employs the “tab” system, but the other market participants are comparable. When you buy a new phone from your provider, you will be locked into a contract until you pay off the value of the phone.

Several companies are currently competing for the top spot in the BYO market. Chatr, Public, and Lucky are three of the larger companies. As of April 2021, these providers offer a BYO plan for $45 per month that includes unlimited talk and text within Canada as well as 6 GB of data.

But! In recent years, a slew of highly competitive independent phone providers has emerged, providing excellent coverage while cutting costs.

PhoneBox, based in Vancouver, is one example of a company that has managed to offer some of the lowest rates on the market.

Moving2Canada has partnered with them to offer an exclusive promotion to our community because their rates are so low. PhoneBox provides M2C customers with a plan that includes.

Which is better for newcomers: Prepaid or Contract

Prepaid plans require you to pay for your services in advance. If you use up all of your calling minutes, text messages, and/or data, you will have to purchase more before you can talk, text, or browse the internet again.

A monthly contract plan requires you to pay for your services at the end of a predetermined payment period, which is usually on the same day each month.

If you use too many services (for example, making international calls or using too much data), your phone provider will charge you for the excess.

These fees can be exorbitant, with most providers charging a $10 per 100 MB of data overage fee if you exceed the amount specified in your plan.

Thankfully, most Canadian phone providers have implemented some form of data overage protection in the last year, allowing you to have your data cut off until your next billing cycle to avoid these large overage charges.

Most providers require new customers to complete a Canadian credit check before signing up for a monthly contract plan. This can be difficult for some newcomers because they lack a credit history in Canada.

You’ve mastered the fundamentals; now it’s time to choose a phone provider. The phone service providers in Canada are a bit of a maze that can be difficult to navigate.

Not only are there nine national phone service providers managed by the same three parent corporations, but there are also several provincial options that may be a good fit if you live in the right area.

Navigating this maze of phone providers can be so perplexing that we’ve created a separate guide to assist you. If you’re ready to choose a Canadian phone provider, read our guide on how to choose the best phone provider as a newcomer to Canada.