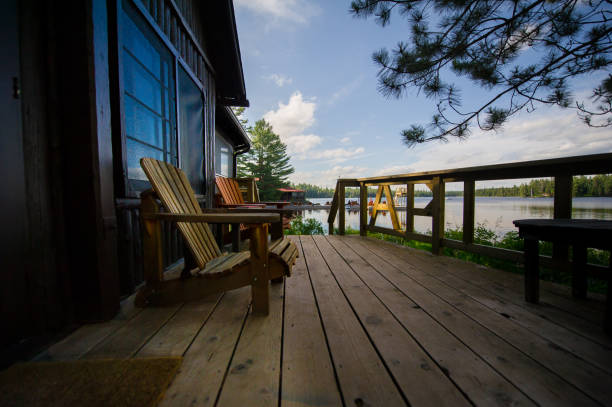 Research has proven that Canada is a big country with so many cities in it, which could a to make their choice on which to stay permanently, and different countries show their touristic interest in Canada due to their identity, history, and development.

The Indian immigrants are the second-largest immigrant group in the united states, and they see Canada as an attractive alternative and a place to settle down.

Who Are The Indian Immigrants

Five Best Cities To Live In Canada For Indian Immigrants

Canada is a large country bordering the united states. It has the largest economy in the world and the second-largest area. In Canada, we have over 162 cities and 725 towns with different characteristics and attractive features.

Below we will be identifying and discussing the five best cities in Canada for Indian immigrants; which are:

1. Toronto: Toronto is one of the best cities in Canada for Indian immigrants in the economic class, and Toronto is the capital of the province of Ontario along Lake Ontario’s northwestern shore. Toronto is a city that offers adventurous things to do during your stay there as a tourist or an Immigrants, and they enjoy their reputation of being one of the safest, clean, exciting and diverse places to be.

Attraction sites can be classified into; hotels, food, and beverage sectors, natural attractions and clubs. There are attractions like:

In Toronto, an immigrant could have many things to do during his/her permanent stay that could add positively to their state of mind and wellbeing. The things to do can either be outdoor, indoor, art and culture, history, and local favourites. If you’re considering a permanent residency in Toronto, there are so many houses for sale presently which is, affordable, accessible, and available:

Ottawa is one of the best cities in Canada for Indian college students, Ottawa is a very attractive city with great and explorable attributes. Ottawa is Canada’s capital, in the east of southern Ontario, near the city of Montreal and the U.S.boarder.

Situated on the Ottawa river, it has at its centre parliament hill, with grand Victorian architecture and museums such as the national gallery of Canada, with noted collections of indigenous and other Canadian art.

Ottawa is known for its international music festivals which creates an aesthetic, appealing and attractive ambience, which is safe, clean and welcoming for the Indian immigrants, and yet still affordable.

Ottawa city is very interesting and fun to live in; cause Ottawa is going to live you with great memories and experiences as an immigrant, indigene and a person.

In Ottawa city, we have so many attraction sites that are naturally made, man-made and constructively designed; attractions like:

* The Canada museum of nature

With the above attraction sites, we could see that Ottawa is a great city with so many characteristics that comes out affordable, accessible and available to immigrants at their beck and call.

So if you’re considering staying in Ottawa city, presently there are so many houses available for sale in Ottawa that’s convenient:

With the above available houses for sale, you will see that that houses built recently are quite cheap than the existed ones of three to five years back.

Calgary is one of the best cities in Canada for Indian Immigrants for immigration skilled workers and an all-inclusive Alberta city with numerous skyscrapers, and Calgary is so popular amongst other cities in Canada cause in 2015 Calgary had the highest numbers of millionaires per capita.

In 1988, it became the first Canadian city to host the winter Olympic games, so Immigrants usually sees Calgary as the most livable city in North America. Calgary is situated at the confluence of the Bow River and the elbow river in the south of the province, in the transitional area between rocky mountains and the Canadian prairies.

History has shown that Calgary was named after Calgary on the isle, Scotland, united kingdom. In turn, the name originated from a compound of kald and gart, similar Old Norse words, meaning “cold” and “green”, likely used when named by the kings who inhabited the inner Hebrides.

Calgary is seen to be one of the best cities in Canada due to the good reputation, peaceful environment and development it has portraited over time.

* Calgary’s past at heritage park

Calgary city is a beautiful city and has so many attractions; so immigrants and Canadians enjoy their stay, and it can be called a home. If you’re considering being a permanent resident or visitor; presently, there are so many houses available for sale in Calgary:

Montreal is one of the best cities in Canada for raising kids as Indian Immigrants family, and Montreal city appears as one of the largest in Canada’s québec province, it is situated on the island in the st. Lawrence River and named after Mt. Royal, the triple-peaked hill at its heart.

Montreal city is North America’s number one host city for international events, and Montreal city hosted the Summer Olympics in 1976 and they are considered as one of the safest cities in Canada which gives it a touristic view and approach for both tourists and Immigrants.

Attractions in Montreal are unique, due to their museums, parks and markets. Presently there are so many houses available for sale to both Canadians and immigrants:

Vancouver is one of the best cities in Canada that showcase the best entertainment, Vancouver is situated at the bustling west coast seaport in British Columbia, which is densest and ethnical.

Vancouver art gallery is known for its works by the regional artists and it is the most expensive place to live in Canada, according to mercer’s annual cost of living survey, and considering moving to Vancouver is a good decision not considering how expensive it is but how comfortable the environment is.

Attractions In Vancouver for Indian immigrants

If you’re considering Vancouver as a resident; presently they have houses available for sale; they are:

Canada is known as the great white north, with the full mark for quality of life which reflects economical and political stability, public safety and a good job market.

* Can Indian Immigrants Get A Permanent Job In Canada?

Yes, Indian immigrants can get a well-paying job in Canada, cause the visa gives you a permanent resident card or a green card, so all you have to do is to meet up with the requirements and get the good points under Canada’s express entry then you will be able to get a job as long as your visa is secured.

* Is The Cost Of Living High In Canada?

This is depending on the city in Canada you’re staying or planning to stay, but if you’re an earning worker in Canada then you will be able to meet up with the cost of living, cause high cost of living is defined by what you earn, for example; a rich man can’t complain of the high cost of living when he earns so much that could take him for more than a year even though he stops working, but when you earn less then automatically cost of living becomes high for you.