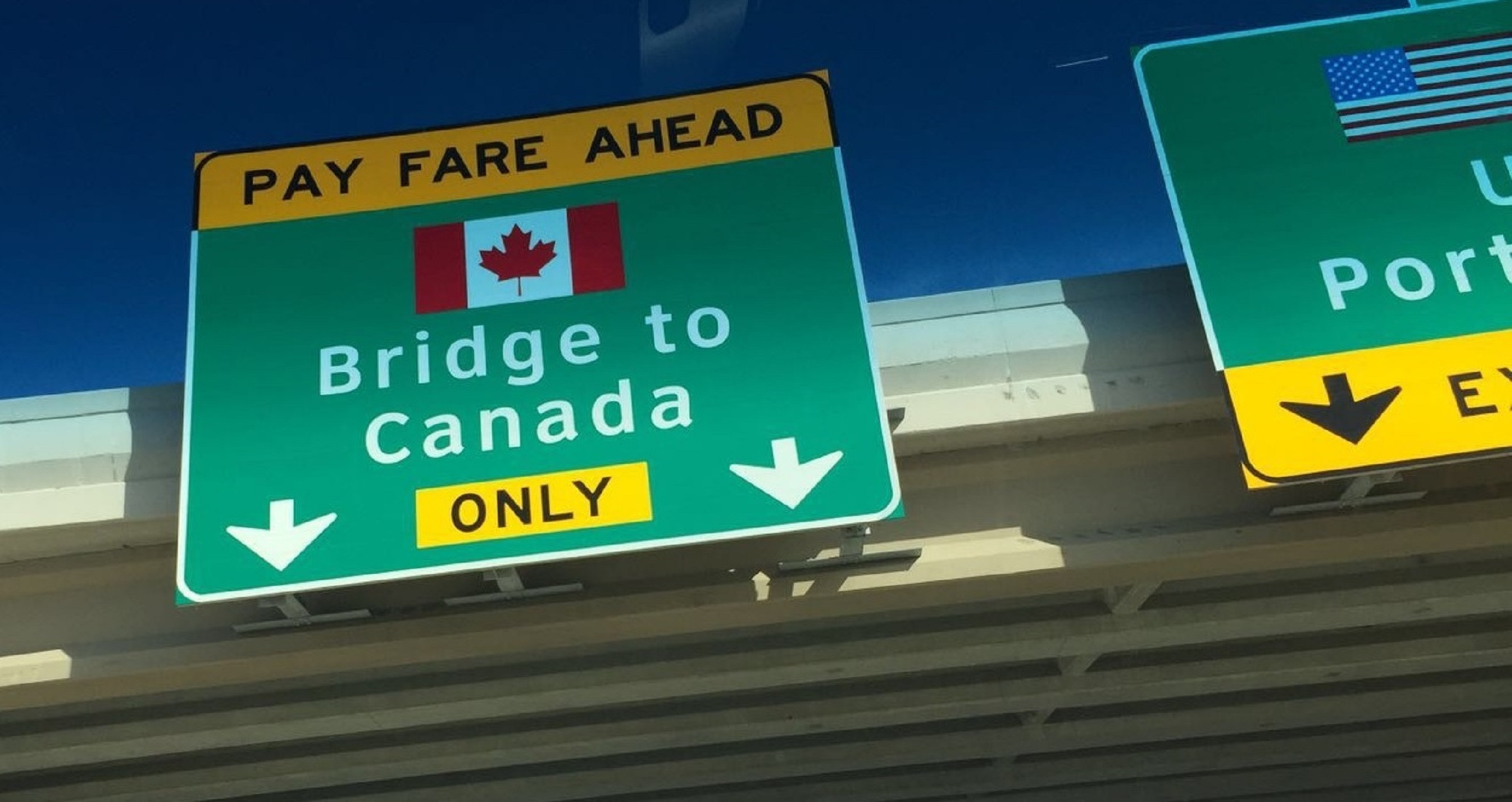 Are you planning on visiting Canada? but you are worried that you’ve been arrested or convicted for driving under the influence of alcohol, ( DUI) there are a few things that you should know before you cross the border.

This article will outline the steps you need for Canada DUI entry in order to prevent less hassle with the Canadian authorities.

What Is A DUI?

A DUI, or Driving Under the Influence, is a criminal offense in Canada that refers to driving while impaired by alcohol or drugs. In Canada, it is illegal to drive with a blood alcohol concentration (BAC) of 0.08% or more.

If you are caught driving with a BAC over 0.08%, you will likely be charged with a DUI and may face serious legal consequences.

Can I Enter Canada With A DUI?

Both U.S. and Canadian DUI laws are similar in that they criminalize any driver who has an alcohol concentration above 0.08%, which is equivalent to having two standard drinks in America.

However, there are some key differences between U.S. and Canadian DUI laws that you should be aware of if you are planning on traveling to Canada with a DUI conviction.

If you have a DUI conviction in the United States, you will most likely be barred from entry into Canada unless you can show proof that your blood alcohol level was below the legal limit in your home country at the time of your arrest.

In Canada, however, a DUI conviction does not automatically prevent you from entering the country. You must prove to Canadian authorities that your blood alcohol level was below the legal limit at the time of your arrest.

This means that if you have a DUI conviction in the United States and were arrested while visiting Canada, you may be able to enter Canada as long as you can produce documentation confirming that your blood alcohol level was below legal limits at the time of your arrest.

If you are convicted of a DUI in Canada, your driver’s license will most likely be suspended for at least six months and possibly for life depending on the severity of offense and other factors such as previous offenses).

Step By Step Guide On Entering Canada With A DUI

1. Understand If You Are Inadmissible Or Not

If you have been convicted of a DUI in the past, you are likely inadmissible to Canada. There are a few exceptions to this rule, but they are quite narrow.

If you have had your driver’s license suspended or revoked in any state because of a DUI, you will not be allowed into Canada.

If you are currently on probation for a DUI, you will also be inadmissible. If you have had your driving privileges suspended or revoked in any other country, that country’s laws will apply to your admission into Canada.

For example, if your driving privileges were suspended or revoked in the United States, you would be considered inadmissible to Canada under Canadian law.

If you are found guilty of driving while impaired by alcohol or drugs (DWI), even if the conviction was expunged or set aside, it is still possible that you could be considered inadmissible to Canada.

This is because Canadian law considers a DWI conviction as a criminal record that may affect your ability to obtain a visa or entry into Canada.

2. Hire An Immigration Lawyer For Your DUI Case

If you are facing a DUI charge in Canada, it is important to seek the advice of an immigration lawyer. This is because a DUI conviction in Canada can lead to your deportation.

If you are found guilty of a DUI in Canada, your driver’s license will be revoked and you may be subject to a criminal record.

If you are arrested for DUI while in Canada, It is important to have an attorney on your side. He or she can protect your rights and help negotiate a plea bargain that may result in less severe penalties.

3. Apply To Enter Canada With A DUI

Apply to enter Canada with a DUI and you can contact the Canadian Embassy or Consulate in your home country.

They will be able to provide you with instructions on how to apply for a waiver of the DUI bar.

You will need to provide evidence that you have taken all of the required steps to rehabilitate yourself.

This could include proving that you have completed alcohol treatment, paid any fines or court costs associated with your DUI, and undergone any other substance abuse rehabilitation that the Canadian authorities may deem necessary.

If you are successful in obtaining a waiver, the next step is to apply for a visa at the Canadian Embassy or Consulate in your home country.

You will need to provide documentation confirming your identity and citizenship, as well as proof that you have enough money to cover your stay in Canada and any associated expenses.

Once you have obtained a visitor’s visa, it is important to arrive in Canada properly prepared. Make sure that you have all of the required documentation (such as your visa, passport, travel insurance, and medical insurance) and that you have enough money to cover any unexpected costs while in Canada.

Finally, make sure that you comply with all Canadian immigration rules while in the country.

How To Obtain Permission To Enter Canada With DUI

If you have been convicted of a DUI you may be wondering how to obtain permission to enter Canada. The answer is that you will need to apply for a Temporary Resident Permit (TRP).

To apply for a TRP, you will first need to gather the following information: Your full name, date of birth, passport photo identification, and Your DUI conviction record. The TRP application process is fairly simple.

You will need to visit a Canadian embassy or consulate in your home country and complete an application form.

You will also need to provide evidence of your identity, including your passport, driver’s license, and other government-issued identification.

Additionally, you will need to provide proof of your DUI conviction, such as a court document or police report. Once you have submitted all of the required documents, you will be contacted by the Canadian government to schedule an appointment for an interview.

At the interview, you will need to provide additional documentation, such as medical records and letters from friends and family members supporting your request to stay in Canada. If everything is in order, the Canadian government may issue you a TRP within days.

Criminal rehabilitation is a process that allows individuals who have been convicted of a crime to have their criminal record cleared. This process can be done in either Canada or the United States.

To obtain permission to enter Canada with a DUI, you will need to meet specific requirements and submit an application. There are several steps that you must take to complete this process, and it may require the help of a lawyer.

First, you will need to gather all of the necessary documents. This includes your criminal record, court documents, and proof of rehabilitation.

You will also need to provide information about your sponsor, which is someone who has agreed to be responsible for your well-being while you are in Canada.

Next, you will need to apply for a travel permit. This can be done online or through the Canadian embassy or consulate in your country of residence.

You will need to provide detailed information about your travel plans and any medical conditions that may affect your health.

Finally, you will need to submit an application for criminal rehabilitation to the Canadian immigration authorities.

This application must be accompanied by a fee and documentation verifying your rehabilitation status. If everything is in order, your travel permit may be issued within a few weeks.

What Are The Penalties For A DUI In Canada?

Penalties for a DUI in Canada can vary depending on the province or territory you are in. In general, however, a DUI will result in a criminal record, possible jail time, and a potential fine.

The penalties for driving with a blood alcohol level over .08 can also include an automatic suspension of your driver’s license.

If you are convicted of a DUI in Canada, you may be facing jail time, fines, and/or a criminal record.

The length of jail time that you may face will depend on the severity of your offense and where you are located in Canada.

If you are caught driving while impaired by drugs or alcohol in Canada, you may face even harsher penalties.

Driving while impaired by drugs or alcohol is considered equivalent to Driving While Impaired (DWI) under Canadian law.

This means that if you are found guilty of this crime, you will likely receive the same punishments as someone convicted of DWI in Canada. These punishments can include imprisonment for up to 2 years and/or a fine.

How Does The Canadian Border Patrol Know If You Have A DUI?

Many U.S. states share their driver’s license database with Canada, allowing the border to detect impaired driving and other related violations as well as non-criminal offenses such as having a suspended driver’s license or not using seat belts while in the car.

Does Canada Deny Entry For DUI?

Even if you successfully fly into Canada, you can still be denied entry if you have a DUI. In order to ensure that this doesn’t happen, it’s important to attain a Temporary Resident Permit or Criminal Rehabilitation before traveling to Canada.

Can You Enter Canada With A DUI After 10 Years?

There are criminal convictions for US passport holders that carry a penalty of denial of entry into Canada. A DUI is now a major crime in Canada that can be punished with up to 10 years in prison.

How Much Does It Cost To Get Into Canada With A DUI?

You could apply for this program, which can take months to process at a cost of about $200 Canadian Dollars. If accepted, you’ll be able to enter Canada multiple times for up to three years. Depending on your situation, you may be able to get approved for Criminal Rehabilitation ($200–$1,000).

Can You Travel To Canada With A DUI?

With a Temporary Resident Permit or Criminal Rehabilitation, an individual can travel to Canada if they’ve been granted a DUI through the judicial system. These permits typically require convincing the Government of Canada.

Does Your Criminal Record Clear After 7 Years In Canada?

Criminal records are a permanent part of your life. They don’t disappear, not after several years, and not for minor offenses.

You should apply for a record suspension (pardon) if you want the RCMP to maintain your criminal record separate from other criminal records so that the information is not accessible.

Can I Go To Canada With 2Duis?

Once you are arrested for a DUI, you quickly become criminally inadmissible to Canada. That means that unless you have closed the case and received a favorable disposition (such as a court document showing that you were not found guilty) or can prove that your entry is justified on humanitarian grounds, you will often be required to apply for a Temporary Resident Permit known as the TRP.

Can You Get Nexus With A DUI?

If you have a criminal history involving drunk driving, you may find it difficult to get a NEXUS card. It depends on the charge, as some charges will invalidate someone right away while others will take more time. Additionally, two or more DUIs in a 10-year span (the amount of time before someone can get another NEXUS card) can also lead to ineligibility.

Why Is Canada So Strict About DUI?

Canada does this because DUI is a criminal offense in Canada and drunk driving is not a misdemeanor anywhere in the country; it’s also a felony offense. If you’re convicted, you’ll be a criminal.

Make sure you understand what you need to do in order to have the best chance of being admitted into Canada.