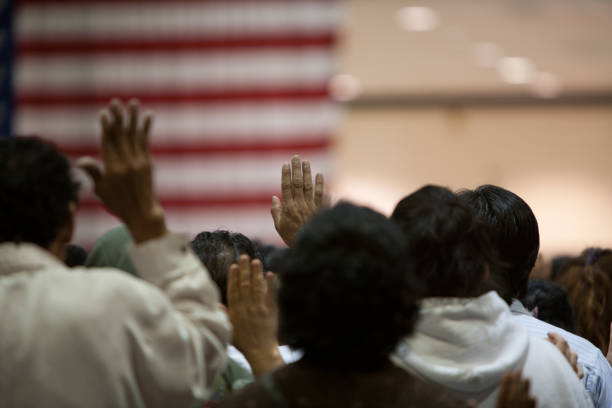 To curb illegal immigration and legalize immigration, the U.S. is negotiating a Merit-Based Immigration Bill.

In line with the style of many countries such as Canada, Australia, and New Zealand, the U.S. wants to adopt an Immigrant-Based Migration approach.

It could mean that anyone applying for a visa will need to meet specific requirements and exceed the points limit to obtain a Qualified Visa.

This article will cover the details of a U.S. immigration points plan that can be used if approved by the authorities.

In addition, it will summarize the proposed 40-page bill and explain how the Merit-Based Green Card will work.

What is Merit-Based Immigration?

Merit-Based immigration is a proposed relocation program in which the applicant’s eligibility for a U.S. Green Card is based on their specific benefits.

For example, it could include demographics, education, job opportunities, and more.

In the U.S., the proposed bill is called the Reforming American Immigration for Strong Employment Act or the RAISE Act. The RAISE Act points system will provide each applicant with a certain number of points based on their tricks.

The law states that a person must earn at least 30 points to qualify for a Green Card in the U.S.

The bill seeks to enforce the immigration process properly and eliminates Diversity Visa or Lottery officials who said it was unplanned and could bring in foreigners who would not get a visa in the U.S.

The RAISE Act also aims to reduce the number of visas issued each year. With the new bill, the maximum number of points based on points given during the financial year cannot exceed 140,000 visas.

In addition, no more than 50,000 visas must be issued for refugees in all of these visas, and the President will determine how many can be granted to asylum seekers.

If more applicants meet the conditions beyond the limit, the immigration authorities may delay these applicants and grant them Merit-Based Visas in the next financial year.

In addition, the RAISE Act specifically directs Green Cards for Relatives and Family. It wants to put more control on how family reunification is done. For example, one of the sections in the RAISE Act states that the definition of a Close Relative will change as follows:

Instead of allowing close family members under the age of 21 to join their family members in the U.S., it will reduce the limit for those 18 years of age or younger;

Instead of allowing children, spouses, and parents of U.S. citizens to obtain Immediate Relative Visas, it will now only allow children and their spouses;

Finally, the bill seeks to give the Department of Homeland Security (DHS) more control over immigration cases. The bill will replace all of the U.S. Attorney General’s powers in place for the emigration program and appoint a Secretary of State for Homeland Security.

If the RAISE Act is approved, it may come into effect shortly before the first day of the U.S. fiscal year, beginning October 1 of each year.

Those who obtain a Merit-Based visa will have a U.S. Green Card. They will be allowed to relocate to the U.S. permanently and remain in whatever state they want. They are allowed to work and have government-issued documents. After the first five years have passed and they successfully applied for a visa, they can apply for U.S. citizenship.

The only restrictions for those obtaining a Merit-Based visa are that they cannot receive social benefits like Medicaid. If you get a Merit-based visa and use a public benefit scheme, you must appoint a sponsor with a Support Affidavit to ensure that the funds will be refunded to the government.

What are the Requirements for Profit-Based Migration?

According to the RAISE Act, applicants for Merit-Based Immigration will be required to meet specific requirements to qualify for points and be eligible to apply. These requirements are as follows:

How To Apply For A Merit-Based Visa?

If the RAISE Act is approved and the U.S. begins to issue Merit-Based Visas instead of Diversity Visas, there will be a different application process. The immigration officer will still be the U.S. Citizenship and Immigration Services (USCIS), but the process will follow.

If you pass the Merit-Based Visa requirements and are subject to the conditions, you have 30 points or more, so you are eligible to apply. You must submit an online application form to USCIS.

As the RAISE Act has not yet been approved, details of which form to submit are still unknown.

With this online application form, you will also need to attach documents that prove you are eligible for the points. These include the following:

In addition, you will also have to pay an application fee of $160 to process. The U.S. government reserves the right to change tariffs based on inflation. When you apply, you will be placed in the applicant pool.

USCIS will then go through the motions to rank itself. Applications with less than 30 points of eligibility requirements will not be considered.

However, there may be instances when there are applicants with equal points, and the RAISE Act specifies how to terminate obligations.

USCIS Will Send Out Visa Invitations

After listing applicants in the qualifying pool, USCIS will be sending out invitations to top-level applicants every six months.

When you submit your application, you will stay in the applicant pool for 12 months, so you have two chances of USCIS inviting you for a visa.

For the first six months, USCIS will invite 50% of the approved Merit-Based Visa number for the financial year, including grants. Invited applicants will need to apply to USCIS for a Merit-Based visa within 90 days after USCIS sends out invitations.

The nature of the appeal is yet to be determined, but the applicant will need to submit further documents proving their suitability, such as:

Evidence from the prospective employer regarding the position, salary, and stating that the job does not remove a U.S. employee;

Following the consideration of the appeals, USCIS will then notify the Merit-Based visa recipients and the U.S. Ambassadors to the winning home countries to issue them.

In the meantime, while USCIS is processing applications, applicants will be assessed on their criminal background and medical appointments following the standard U.S. visa requirements.

If they pass these checks, they will receive Merit-based visas and can move to the U.S.

Can I Bring My Trustees On Merit-Based Visa?

As a principal applicant, you can bring your spouse and minor children to the U.S. The young child will automatically receive a Merit-Based visa like you.

However, your spouse must also be part of the application and are assessed based on a points system.

If your spouse has the same points as you or more points, that will not interfere with the application, and if you are approved, your partner will be allowed to join you.

However, if your spouse has fewer points than you, you and your partner will be counted with 70% points from you and 30% from your partner.

Therefore, if you have a spouse in the application with fewer points, it will negatively affect you.

In addition to the spouse and young children, the older child is also allowed to join. Having an older child (over 18), he should be able to take care of himself.

So if you have an older child who is dependent on you, they are allowed to join you with a visa based on eligibility, but they will not be allowed to work in the U.S.

Can I Obtain U.S. Citizenship Under Merit-Based Immigration?

As with all U.S. immigrant visas, after five years of residence, you will be able to apply for U.S. citizenship.

The same applies to Merit-Based visas. You will need to qualify and meet the requirements for U.S. citizenship, and if you are approved, you will receive a U.S. passport.

If at the time, you were on a Merit-based visa and you received social benefits, your supporter did not return the government their refund; then you will not be allowed to obtain U.S. citizenship. Otherwise, you must have a clean criminal record and valid documents.

When Will the Point-Based Plan Be Used in the U.S.?

The RAISE Act is a proposed bill that U.S. government officials will review. If approved, it will come into force on the first day of the U.S. fiscal year on October 1 of each year.