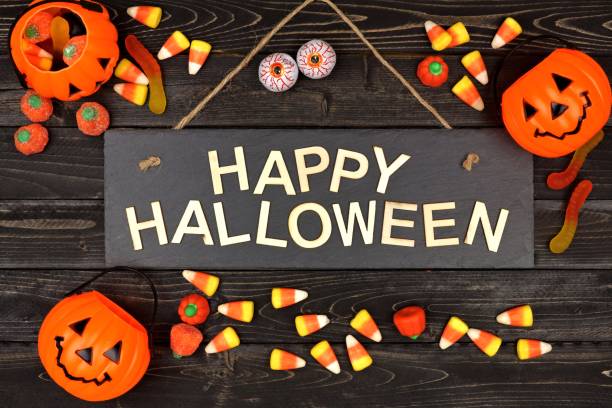 Canadians Celebrate Halloween a lot and Halloween is a hugely popular holiday in Canada, with millions of people attending festivities throughout the country.

There are numerous reasons why Canadians celebrate Halloween, but two stand out as the most well-known. The first is for amusement and the second is for unique costumes.

Halloween is celebrated in Canada in the same way it is in the United States. They carve pumpkins to use as jack-o-lanterns on our porches, throw Halloween parties, watch frightening movies, dress up in costumes, and go trick-or-treating.

Canadians Celebrating Halloween vs The US Halloween

The Halloween celebrations in Canada are similar to those in the United States.

Dressing up in costumes, carving pumpkins, trick or treating, and attending Halloween parties are all part of our Halloween traditions.

You could notice some slight clothing distinctions, as we dress up as hockey players more frequently than Americans. Aside from that, there isn’t much of a difference.

Halloween costumes are undoubtedly the most well-known aspect of the holiday. It’s one of the few childhood customs that can be carried on into adulthood.

Most supermarkets, medicine stores, and party supply businesses begin offering costumes in September. If you want to start early, there are even some full-year costume stores.

The majority of folks begin their costume buying in October.

Costumes can be anything you want them to be. They can be puns, such as the well-known “cereal killer.” Alternatively, your favorite character. Or a creature. Or something dreadful.

It’s all your decision!

Unless you’re a youngster, of course. Then you’re shoved inside a terrifying, handcrafted clown suit that has followed you around for years.

Halloween Isn’t the Only Time to Wear a Costume

Halloween is a free-for-all costume party.

Work clothes and school uniforms are no longer acceptable. Doctor’s offices are suddenly swarming with butterflies and Supermans (Supermen?). Video game characters and mobsters have taken over schools.

The older students watch as the schoolchildren parade through the schoolyard in their costumes.

If you don’t dress up, you won’t be penalized, but others will think you’re a jerk.

Halloween is a terrific time to show off your costume-making abilities. Costume contests are held at nearly every bar and at what appears to be every party in the country.

You might not earn much more than bragging rights, but who doesn’t enjoy bragging?

Jack-o-lanterns, to be precise.

A jack-o-lantern is a pumpkin with a design carved into it. They are illuminated by a tea candle or an electric light from the inside, revealing the design at night.

They were intended to ward against evil on Halloween, a day when the veil between the spirit world and ours was particularly thin.

Perhaps it was because someone truly desired to carve a pumpkin with their buddies.

Carving pumpkins and having a jack-o-lantern on your porch has become a Halloween tradition.

Have you seen those crazy Christmas photographs of houses decked out with a million lights and inflatable Santas?

That’s something also done in October.

With spiders, skulls, and cobwebs, yards and buildings become graveyards or macabre residences. Some folks construct a haunted house out of their entire front yard.

Most people aren’t interested in level decorations with special effects. In most yards, you’ll discover a few “beware” or “stay out” signs with a skeleton, artificial cobwebs, and a witch.

Every year, people reuse these decorations.

As a kid, one of the most enjoyable activities was trick or treating.

My sister and I used to go trick-or-treating with our neighborhood buddies. We’d take a pillowcase, stuff it with candy, go home and empty it, and then go back out to refill it.

There are some rules you have to adhere to when trick or treating:

Most people quit doing it between the ages of 11 and 14. You’ve graduated from going with your folks to going alone by then.

You’ll be ready for Halloween parties soon after, and the free candy will seem less appealing.

Halloween is traditionally associated with demons and monsters. As a result, there are some dark aspects to the occasion.

Many people dress up as gory or horrifying figures for Halloween. One grim reaper will knock on your door seeking candy for every two princesses you see.

Adults are more concerned about this.

Fake scars and blood are painted on. They visit haunted houses to be startled by strangers who jump out at them in the dark. They go to cemeteries to be scared.

If you watch American television, you might believe that Halloween has to be frightening.

Around the end of October, most shows have a horror element to them. Alternatively, the characters may begin binge-watching horror movies.

I greatly prefer Brooklyn Nine-Halloween Nine’s heist – it’s a fun but not particularly terrifying tradition. On the wall, there’s usually only a nasty witch decoration or a pumpkin.

That’s approximately the maximum amount of darkness I’m searching for. (Which is ironic, given that I’ve been to a bone church.)

In Canada, there are a variety of methods to celebrate haunted Halloween traditions, including:

How Do Adult Canadians Celebrate Halloween

For adults, Halloween is a little different. And when I say “grown-ups,” I’m referring to anyone who can’t trick or treat.

If you’re not trick or treating, there are three ways to celebrate:

In Canada, giving away candy is a Halloween ritual.

If you’re staying the night and your lawn is decorated (and the lights are turned on – a good sign that you still have candy), you must-have snacks on hand.

The majority of individuals give us tiny chocolate bars or chocolates. Grocery stores will begin stocking huge boxes of them in September, which is convenient.

Because of allergies, you are not allowed to distribute anything containing nuts. Homemade items will be discarded. Strangers cannot be trusted to give their children unopened items.

Since the legend of children discovering razor blades in their apples, apples have been frowned upon.

I believe they are a horrible idea since they may be thrown at your house by mischievous children.

This is something I’ve never heard of before. However, having a lot of candy is still a smart idea.

You can always eat it if you have too much!

It’s a terrific way to spend the evening binge-watching Halloween series or movies.

With all of that, you’ve got enough material to last a night.

Horror movie marathons are a popular choice for Halloween.

Halloweentown, a show with nice witches and Debbie Reynolds as the cool grandmother, is my favorite.

Candy is required once more. You’re supposed to eat junk food while increasing your heart rate to marathon levels.

I suppose some individuals enjoy it?

Here are a few of my favorite Halloween movies:

If you’re into horror, check out these flicks:

In high school, Halloween parties are a rite of passage.

Many children see it as a passage from childhood to maturity. You’re not trick-or-treating any longer. With a group of your buddies, you’re having a costume party.

However, the Halloween celebrations continue.

They last a full week at university. You’re supposed to dress up in a different outfit every night.

It might be as basic as wearing your pajamas or wrapping yourself in a sheet-like toga.

Many places organize Halloween festivities, which are regularly combined with a costume contest or a haunted house game/adventure.

They’re pricey versions of partying, with a significant holiday surcharge. People, on the other hand, adore it.

Canadians celebrate Halloween everywhere with no skips.  It is embedded as part of the Canadian lifestyle that will live on from generation to generation.