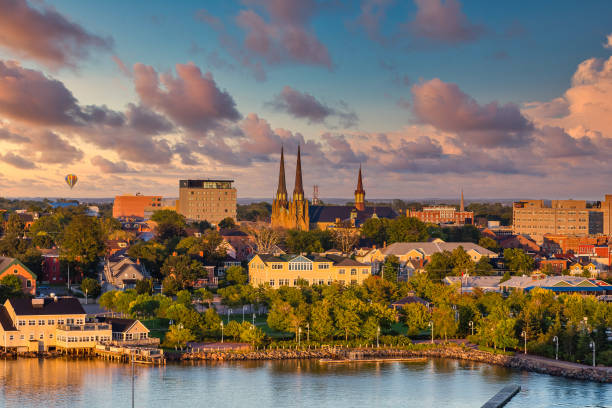 Despite being the smallest province in terms of population, it is one of the largest in terms of natural beauty, history, and Canadian culture.

Prince Edward Island has excellent schools, almost no pollution or traffic, and was the site of the famous Charlottetown Conference in 1864, which resulted in the formation of the nation.

Aside from being the birthplace of the confederation, the province has an exceptionally high quality of life and is popular with tourists due to its fantastic beaches, top-rated golf courses, and numerous cultural attractions.

When you combine that with some of the safest and most closely-knit communities in Canada, it’s easy to see why people from all over the world want to live here.

The PEI PNP is an immigration program that seeks foreign nationals who will positively contribute to the province.

Each of these PEI provincial nominee program categories is then subdivided into various subcategories, which are referred to as “streams.”

The Prince Edward Island PNP, through Express Entry, allows successful applicants to become permanent residents of Canada in as little as six months.

A prospective immigrant can obtain a nomination certification from the Provincial Nominee Program on Prince Edward Island in two ways.

He or she can apply to the program directly through the PEI Office of Immigration if they do not qualify for Express Entry.

If the individual is accepted by the Prince Edward Island PNP, they can then apply for Express Entry and include their provincial nomination in their profile.

An individual can also obtain a PNP PEI nomination by creating an Express Entry profile and formally indicating an interest in immigrating to PEI within the system.

Using Express Entry, the Prince Edward Island PNP can then directly contact the prospective immigrant and invite them to apply for the PNP.

This method is generally recommended because it allows you to submit an Expression of Interest (EOI) to the program while also including your Express Entry Profile ID.

With an Express Entry profile already in place, successful candidates can be instantly credited for their provincial nomination by the PEI PNP, increasing their Express Entry score by 600 points and almost ensuring them an Invitation to Apply (ITA) for permanent residency.

Our experienced Canada immigration professional can optimize your Express Entry profile for PEI immigration to help you maximize your chances of being selected by the Prince Edward Island PNP.

Our team can also assist you in applying directly to the PEI PNP and, if successful, preparing and submitting a Canada permanent resident application.

Individuals and families interested in immigrating to Prince Edward Island can apply through several different streams in the PEI immigration PNP.

The PNP operates on an Expression of Interest (EOI) system, which means that prospective immigrants must first connect with the nominee program before applying formally.

Individuals who want to work and live in Prince Edward Island but do not own a business are eligible for the PNP PEI labor impact category.

Individuals must have certain skills, education, and experience that are required in the local labor market. This category of immigration is divided into two streams:

This Prince Edward Island immigration route is for people who have been or will be hired by a PEI employer.

Candidates must have knowledge and experience in a skilled profession, including post-secondary education, to be considered.

This Prince Edward Island PNP stream is intended for workers in semi-skilled or unskilled occupations.

The individual must be employed by a PEI company or have a PEI employer who will sponsor them for permanent residency. General labor, housekeeping, truck driving, and food service are some occupations that fall into this category.

Individuals who intend to invest in and actively manage a business in Prince Edward Island are eligible for the PNP PEI business impact category. This category includes three PEI immigration streams:

This immigration Prince Edward Island stream, as the name suggests, is for foreign nationals who will take full ownership of a local business.

This immigration PEI stream is for foreign nationals who will purchase a portion of a local business rather than owning the entire business.

The individual must either buy at least one-third of the company or make a CAD $1,000,000 minimum equity investment in the company.

This Prince Edward Island immigration stream grants the foreign national a work permit, allowing him or her to relocate to PEI and work in the business in which they intend to invest.

This is ideal if the individual wishes to gain firsthand experience with the day-to-day operations of the business before investing money.

Otherwise, the requirements for the work permit stream are the same as those for the partial ownership stream.

The province can send a “notification of interest” to people whose Express Entry profiles match the criteria it is looking for, or potential immigrants can apply directly to the program under the Business Impact or Labour Impact categories.

Individuals nominated for Canadian immigration through the PEI PNP will earn enough points through the Express Entry Comprehensive Ranking Calculator to almost certainly be invited during the next draw.

It does not take long to be accepted for PEI immigration after receiving an invitation to apply to be a Canada Permanent Resident, as Express Entry processes applications in six months or less.

Through the Express Entry System, not every applicant will be accepted into the Prince Edward Island Provincial Nominee Program.

Candidates must have skills that are in demand in the province of Prince Edward Island.

These requirements change over time as the province’s labor needs change. Before applying for the Express Entry System, candidates are encouraged to research the current needs of PEI.

Potential immigrants who are nominated through a PEI Express Entry stream can apply for residency through the CIC online system, which is much faster.

A foreign national may start or buy a full-service business in Prince Edward Island under the 100 percent Ownership Stream. To be eligible for the PEI PNP 2018, the business must meet several criteria.

Priority is given to certain types of businesses.

The following businesses are not eligible:

There are also specific requirements for the business owner under this PEI nominee program category, as the owner is just as important as the business itself.

The requirements differ depending on the type of stream, but many of them apply to all applicants.

Participants in the PEI Immigration PNP must;

Prince Edward Island is a wonderful place to live and work, with a thriving community of people from all over the world.

Because there aren’t many cities on the island, most potential PNP applicants are interested in Charlottetown immigration, though Summerside is also popular.

There are numerous Prince Edward Island immigration paths available if you intend to own a business or simply work for one.

The PEI nominee program is especially appealing to recent University of Prince Edward Island (UPEI) graduates who want to stay in the province.

PEI has a long history of welcoming immigrants from all over the world. Historically, immigrants have had a significant and positive impact on PEI business, arts, and culture.