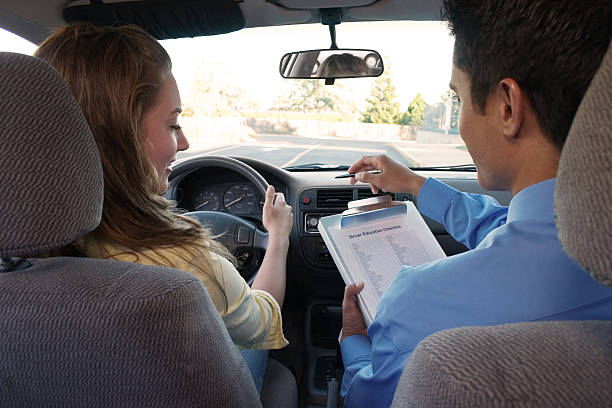 A valid International Driving Permit (IDP) granted in another country can be used in Canada for a limited time.

This means that exchanging a foreign driving license and using it in Canada is only possible for a limited time.

The time frame varies, so check with the appropriate provincial or territorial administration for further information. At provincial/territorial Driver Licensing Offices, driver’s licenses can be swapped.

In all situations, the applicant must show proof of permanent residence and/or a work visa to demonstrate that they meet residency requirements. Licenses obtained in another Canadian province or territory may also be exchanged for the appropriate provincial license.

Each provincial/territorial jurisdiction has its own set of rules, therefore check with the relevant authority for further information.

To exchange a driver’s license, you must usually do the following:

New residents in British Columbia must switch their driver’s licenses within 90 days of migrating to the province.

If the candidate has only been driving for two years, they may still be eligible for a BC license, but they must complete the Graduated Licensing Program (GLP).

A translator from the Insurance Corporation of British Columbia (ICBC) must translate any documents that are not in English.

A driver licensing office is where you exchange your driver’s license. People who hold a valid driver’s license from a country other than the ones listed above must pass a driving knowledge test as well as an eye test. They can then take the road test once they have passed both of these tests.

In British Columbia, you must be at least 16 years old to apply for a learner’s permit.

New residents in Ontario have 60 days to exchange their license for an Ontario driver’s license. Residents must apply in person at a Drive Test Centre or a Service Ontario site at College Park in downtown Toronto.

They must be at least 16 years old. If you have more than two years of driving experience and a license from another Canadian province or territory, or a country with a reciprocal agreement (the United States, Australia, Austria, Belgium, France, Germany, Great Britain, the Isle of Man, Japan, Korea, New Zealand, Northern Ireland, Republic of Ireland, Switzerland, Taiwan), you can exchange it for an Ontario license.

An individual who has possessed a driver’s license in one of these countries for less than two years, or a person from any other nation not listed above, may be entitled to skip the first stage of the Ontario driver’s license program.

In Québec, new citizens have up to a year to apply for a license exchange. Non-residents (for example, individuals on a six-month visitor visa) have six months to utilize their license.

To get a driver’s license in Québec, you must be at least 16 years old and have a valid driver’s license. If their country has a reciprocal agreement with Québec, specific new residents may be allowed to swap their license for a Québec one without having to go through any test

To find out if you qualify for a Québec driver’s license, call the Société de l’Assurance Automobile (SAAQ) and schedule an appointment.

Only persons possessing a Confirmation of Permanent Residence document are eligible to exchange their license or receive a Québec driver’s license.

An official translator must translate any documents written in a language other than English or French.

You may drive a regular passenger vehicle in Alberta for up to one year if you have a valid driver’s license (equivalent to or higher than a Class 5) from your native country.

If you are a student, you are permitted  to use your home province or territory’s license if you are:

If you are a member of the military services and are driving a privately owned car, you are not required to obtain an Alberta driver’s license if you have a valid driver’s license issued by your native province, state, or nation.

This includes members of Her Majesty’s troops as well as members of foreign military forces stationed in Canada under the NATO Status of Forces Agreement.

To lawfully drive a privately owned car in Alberta if your driver’s license from your native province, state, or nation has expired, you must:

• renew your driver’s license in your province, state, or country, or

• fill out an application for an Alberta driver’s license

Within 90 days of relocating to Alberta, family members accompanying an armed forces member must swap their native province, state, or country driver’s license.

You can seek to have your past driving history credited if you are moving to Alberta from another province.

Depending on your years of experience, you may be excluded from part or all of the graduate licensing program if you are accepted.

This exemption allows you to take a road test without first obtaining a Class 7 license or a Class 5 GDL for two years.

It is strongly suggested that you obtain an IDP from your home jurisdiction before arriving in Alberta if you are driving with a foreign driver’s license.

If you need your documents translated, licensed translators can be found in Ontario’s major cities and towns, such as Toronto and Mississauga.

You must also confirm that the translator was competent when submitting a translated document. Depending on which section of the province you’re in, a translator must have slightly varied qualifications.

Translators in northern and southwestern Ontario must have one of the following qualifications:

All interpreters and translators throughout the rest of the province must be certified or accredited by an Ontario professional body (such as the Association of Translators and Interpreters of Ontario) or the federal or provincial government.

If you have driving experience and are immigrating from anywhere in the globe, the government of Ontario has made it easier for you to earn your complete license faster than if you started from the beginning.

Make sure you do your homework to find out what kinds of exchanges or credits you’re entitled to, as well as what documents you’ll need to provide with your application. Best of luck!